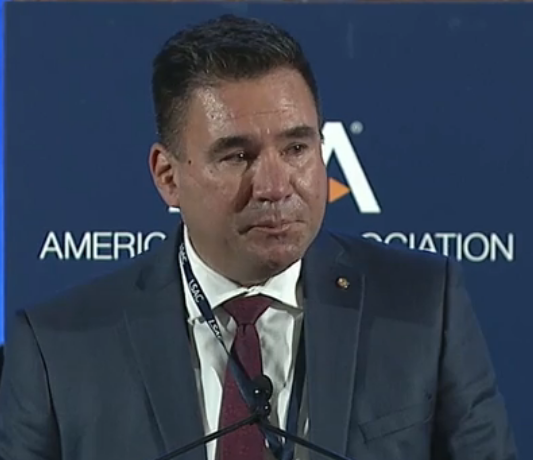 CHICAGO — In a resolution with multiple requests, the American Bar Association House of Delegates, a 597-member policy body, is calling on Congress to conduct oversight hearings on Indian boarding schools. The resolution was adopted by the ABA Monday evening.

Looks like lawyers will get in on the action here in the US... Blog Editor

Canadian Bishops convey commitment to healing and reconciliation
The Permanent Council of the Canadian Conference of Catholic Bishops (CCCB) released a statement on Friday noting its support to Bishops of Saskatchewan who are have issued an “Appeal for Support of Healing and Reconciliation” in favor of the Indigenous Peoples of Canada. The project aims to generate fundraising to promote healing and reconciliation. It also foresees cemeteries on the sites of former residential schools, as well as educational and cultural support. The goal of the campaign, according to the Bishops of Saskatchewan, is to "support Indian Residential School survivors and their communities, and to engage more deeply in our own ongoing commitment and response to the Truth and Reconciliation process." - Source: Canadian Bishops convey commitment to healing and reconciliation - Vatican News
The world's richest church needs to ask others to pay for their actions? Blog Editor

Not just in Canada, American has a bad history problem, too...

Residential school denialism is not the outright denial of the Indian Residential School system’s existence, but rather the rejection or misrepresentation of basic facts about residential schooling to undermine truth and reconciliation efforts.

Residential school denialists employ an array of rhetorical arguments. The end game of denialism is to obscure truth about Canada’s residential school system in ways that ultimately protect the status quo as well as guilty parties.

Residential school denialists begin and end with a firm belief in innate Indigenous deficiency and settler innocence, often rooted in Christian triumphalism. Their ranks include missionary apologists, writers and academics, right-wing and anti-Indigenous editorialists, and relatives of residential school staff who uncritically refer to personal memory and work to defend their family reputations. These are neither informed nor objective commentators.