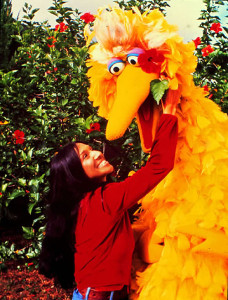 My Clans (Without A Map) 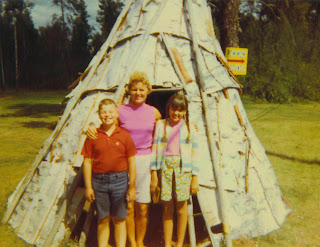 My unmarried birthparents Earl and Helen lived on the southside of Chicago in the 1950s when I was conceived.  Many people had relocated to cities for work (watch the LOOKING TOWARD HOME documentary).  Both my parents were from rural areas.  My father Earl Bland joined the Navy at age 18 and as far as I know, didn’t identify as Indian but knew he was. (Earl was mixed-American Indian and Euro – mostly Irish.) The women in the Allen-Harlow-Bland-Morris family had strong intentions to maintain and live American Indian”culture.”  The Harlow clan, to this day, hold an annual powwow gathering and talking circle.  No one I know in the family was enrolled in a tribe.  Their migrations to Illinois from Virginia, Tennessee and Kentucky enter into this.  And it’s a concern.  I was not there to hear the stories of who, how and why.
I know what my father told me when we first spoke.  Could he have been wrong? Did he say Cherokee because it’s a common name, more known than the Potawatomi, Huron, or Sac and Fox? (We have a real problem in the US with so little Indian history being taught or written. Unless it’s taught at home, you’ll have a hard time finding evidence or proof of American Indians still living in Illinois.)
I had no reason to question my father Earl when I was 38.  I took him at his word.  Obviously I had questions about why I was adopted out, why they gave me away and not many questions about ancestral charts proving Indian blood.  The reason I bring this up is the Indian Identity Police.  Some are suggesting if you are not an enrolled “member” of a federally recognized tribe, then you should not claim your Indian ancestry.
But Why?  I am a member of a family whose women identify as Indian for generations.
As an mixed-race adoptee, it’s been a jagged pill for me to swallow.  I followed my instincts, not expecting I’d ever find answers. Before I finished the memoir One Small Sacrifice, my sister Teresa and I worked with a genealogist to find proof on the Morris-Conner side. (One great-grandmother Mary Francis Morris was raised by relatives who are Watson-Wards, who are enrolled Cherokee.)


How many tribes are now petitioning the federal government for “recognition” to be deemed sovereign? Over 200 tribes, such as five tribes in Virginia who are not “federally recognized.”

“How did you know you’re Indian?” My dad’s youngest sister Janie asked me once on the phone.  My aunt told me many stories about Granny Morris-Conner smoking a pipe, using tobacco as medicine and how she always knew she was Indian.
Not hesitating, I told my aunt, “I always knew.”  But I told her that until I met my father, I didn’t claim Indian ancestry. I believed it but never said it. After I met Earl and was told then I did become a “Native” journalist in 1996.


For me and for other adoptees, you’re on the Red Road with no map.  You can only follow the voice in your head.

Five years prior, in 1991, I was in Mexico and woke one night and started writing Red Man: Through the Eyes of Many. First it was a poem then developed into a series of children’s stories. I had no evil intention. I was sitting on a cold tile floor in a bathroom at 2 a.m.: this writing came like a vision and the stories just flowed out.  Later, with miraculous synchronicity, back in Oregon, I met Merle Locke, a famous Oglala Lakota ledger artist, who told me to go meet his sister Ellowyn.  I drove out to Pine Ridge, South Dakota, she read my stories, liked them lots, and taught me history at her kitchen table, history you’d never find in a book.
That same trip I did my first sweat on the Rosebud rez.

Like my grandmothers, I walk the red road without enrollment papers saying I’m Indian.

(My mother Helen Thrall's mother taught on the Bad River rez in Wisconsin. Why? I don't know yet.)
No comments: June 29, 2018; Indian Country Today
The stories mass media tells about Native Americans tend to be inaccurate, if any stories are told at all. New, old, and emerging sources present narratives that are both conflicting and inaccurate. We are shown images of people who are impoverished and people who have become rich from casinos; the noble warrior and the savage warrior. Last week, a report was released by a project that has set out to identify, understand, and strategize to dispel these images.


As reported by Indian Country Today, First Nations Development Institute and Echo Hawk Consulting released a report that shares research conducted with support from the Kellogg Foundation, the Robert Wood Johnson Foundation, and others. “Reclaiming Native Truth: A Project to Dispel America’s Myths and Misconceptions” looks at how Native Americans are perceived and some ways to change and improve the accuracy of those perceptions.

In its coverage of the report, Indian Country Today highlights four takeaways:
The report stresses how important it is for Native Americans to reclaim the narrative and change it to more accurately reflect the truth. For those who are ready to change the dominant narrative, there are two guides that accompany the research report: One for Native peoples and their organizations, and another for engaged allies.
The latter guide presents a framework for allies to tell stories and explore issues using four specific elements: values, history, visibility, and a call to action. It shares some example stories structured in that fashion.

Here is an example from the report, stressing the importance of upholding the Indian Child Welfare Act:
Mark Trahant, editor of Indian Country Today and author of the article, says that a master narrative is important because it sets the overall tone—it “tells each of us what’s right, what’s fair, and how we all fit into a larger story.” But he also states that Native people must not simply consume the story, they must tell it and make sure it is based on Native truths. The call to action for allies is to make sure we do what we can to raise the visibility of those truths.—Rob Meiksins
No comments: 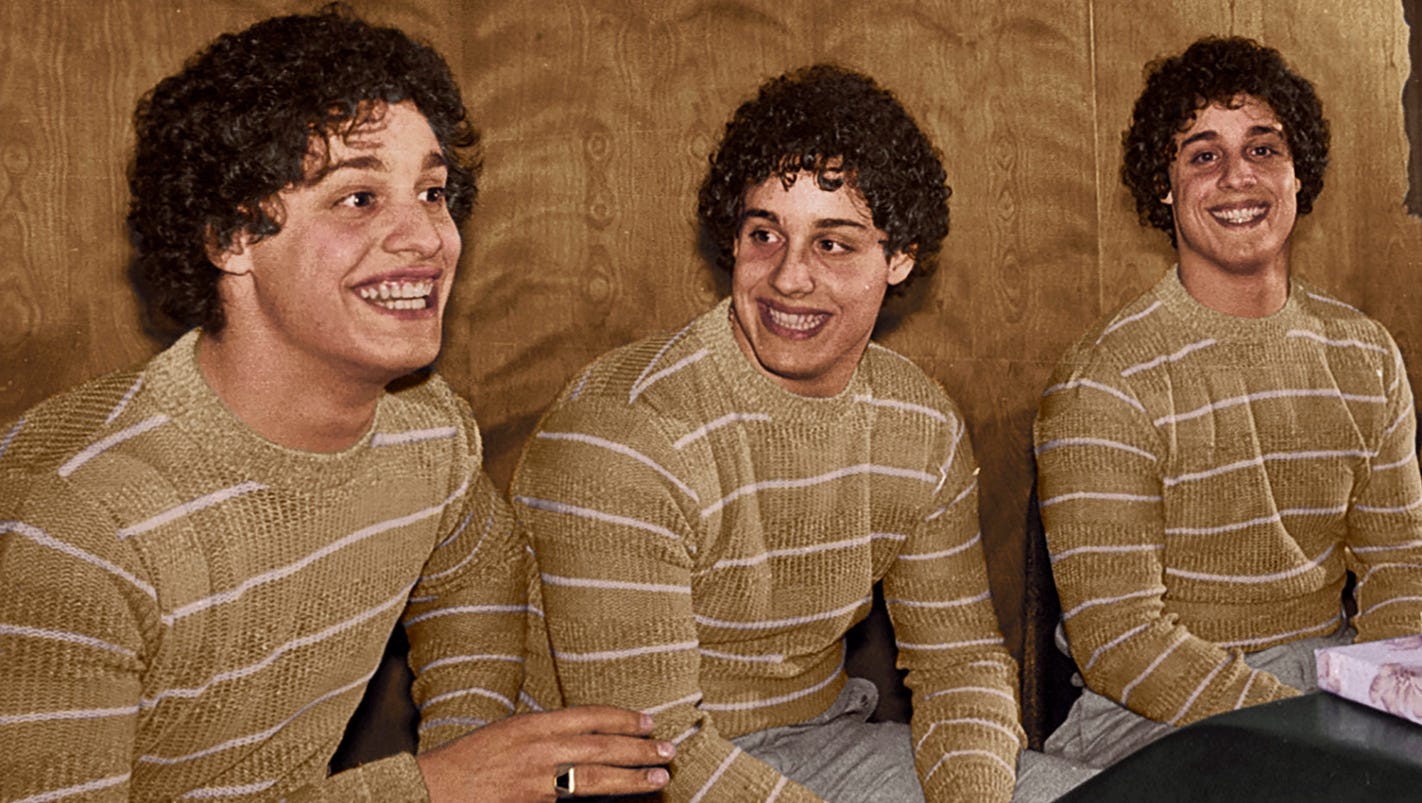 In 1961, Manhattan’s Child Development Center (which later merged into the Jewish Board) began a controversial experiment, which involved separating adopted twins and triplets into families of differing financial means and studying how their personalities were shaped by their environments. Researchers would come to the children's homes annually and run tests with them, claiming it was standard procedure. [This sounds like something the Nazis would do...]
Robert Shafran, Eddy Galland, and David Kellman were all over the tabloids and daytime talk-show circuit when they discovered each other at age 19.

Three Identical Strangers in US theaters June 29, 2018. Follows a trio of people who make the discovery at age 19 that they are identical triplets separated at birth. 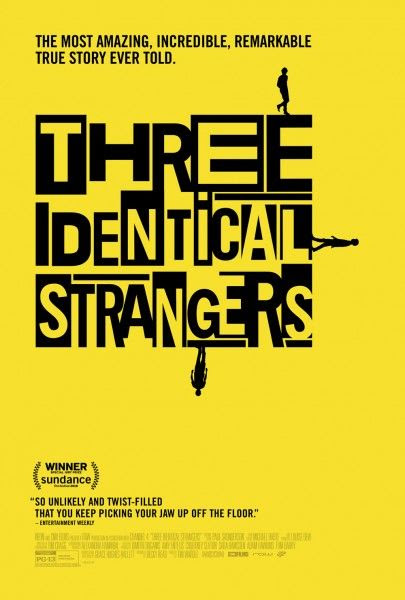