Think about these quotes #NAAM2019

“My problem is secrecy. I believe that perpetually secret adoptions assure un-accountability and lack of transparency. And secret adoptions are only the tip of the iceberg. The secrecy permeates the process: secret identities, secret parents, secret records, secret foster care providers, secret social workers, secret judges and lawyers (all their identities are sealed, typically), secret physicians, secret statistics and, in the case of some adoption-oriented organizations, secret budgets and secret boards of directors. In any social practice, when people in positions of power hide behind masks, one can be pretty sure that they have something to hide.”

“Storytelling is an important aspect of Ojibwe culture. My ability to tell a good tale can be used as a tool for teaching and connecting. Even though I grew up outside of my Native community and culture, my stories helped me to become a part of the community that I had lost. Adoption is part of the contemporary tales that Native people need to tell…”

“Everyone has a right to knowledge about their lineage, genealogy and identity. And if they don’t, then it will lead to cases of incest...”

“We, as adoptees and birth mother’s, have become so conditioned to keep quiet and take the living in shame as just a part of our life that we don’t unite. As if we are not allowed to unite. The fear and stigma is so incredibly strong, it is all controlling. I truly don’t think adoptees realize this.”

🔺I saved these quotes I used in my memoir One Small Sacrifice - they speak volumes and as you can see they are from 2008 and earlier... Trace

in the next few posts you will learn more about complex PTSD like this: 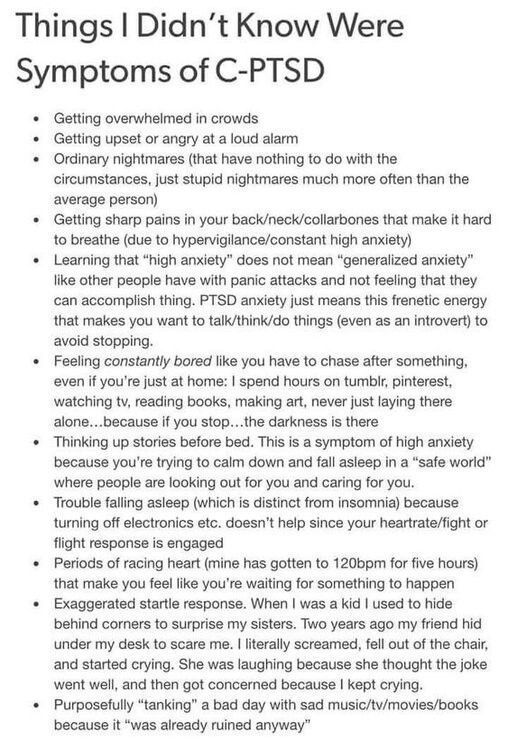