If only birthparents had to write that letter! #NAAM2019 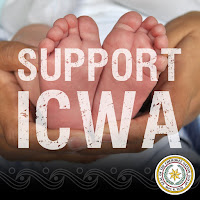 I think adoption has left many of us adoptees frozen in time as missing children.  Details of our first days and birth are sealed in files – leaving us without essential details of our birthparent’s lives when they made the decision to let us go (or when we were taken).

Our adoption records are sealed so the majority of adoptees are still unable to have a copy of our original birth certificate in all but a few states in America. Why?

If we’re adults, why are we still being treated as children?


Most of us were adopted by strangers. In my case Sev and Edie didn’t choose me. I was available. I was not “chosen” or “saved” or “an orphan.”  Those myths are repeated in newspapers everywhere, as part of the propaganda.  This adoption industry is not about the chosen or saved or orphaned child. That’s the selling part. Those are their sappy slogans used to convince people to continue to adopt and pay their money. It’s just a mind drug that you’ve saved someone, or rescued an orphan.

I was not saved from my birthparents Helen and Earl. They were real people, alive. My mother was 22 and my father was 27.  If my mother Helen had support from her parents, instead of condemnation for committing a sin and getting pregnant, she might have kept me. At the very least my father should have had the right to raise me, right? He would have, I was told when we met when I was 38, but it was too late to change what happened.

Right now, Minnesota STILL has my original birth certificate. They won’t release it to me. I’m 63!

All my parents are gone, all passed. It’s not that I do not know who they were. I opened my adoption at age 22 with a judge in Wisconsin. I know my names, their names and met my father. Why would Minnesota not release my birth certificate to me now?

Archaic laws. Old laws. Privacy? for whom? They are all dead. Why are adoption laws protecting dead parents?

This is my reality. I can’t change the laws myself but if you are reading this, you might pick up the phone and contact your state representative and ask them, who is adoption secrecy protecting? Is it protecting adoptive parents? Is it protecting dead birthparents? Why? Or is it protecting the adoption industry so they can continue their money making and human trafficking?

I know children will still be adopted, no question. The industry can’t be stopped overnight but if adoption is the only way for a child to be safe, find their kin and family (grandparents, cousins) to raise them.

If strangers must do it, give the child their name, ancestry, medical backgrounds for both parents, and a signed letter from each birthparent.

If only birthparents had to write that letter!  Then they’d have to sit down and think far ahead when their own flesh and blood reaches adulthood. What reasons would you give your child as to why you chose adoption and handed them to strangers? What are good reasons? Religion, money, marital status, mental or physical illness?

This letter to your birthchild should be the law of the land.
(That letter would a reality check and could be a real deal-breaker.)