Names of 2,800 children who died in residential schools documented in registry #TRC 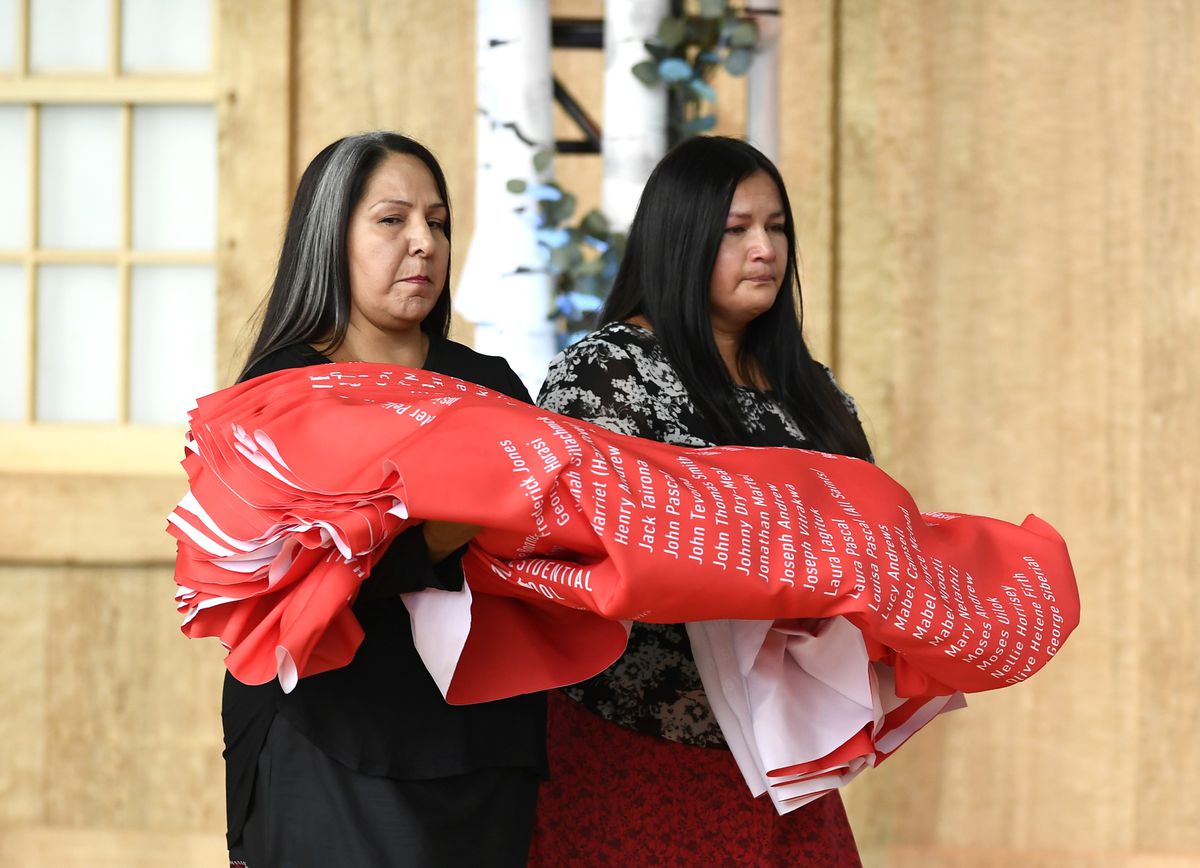 Charlie Hunter was one of the children who never came home.

He died in October, 1974, days shy of his 14th birthday, after he fell through ice while attending St. Anne’s Residential School in Fort Albany, Ont., his sister Joyce Hunter said on Monday after his name appeared on a registry of deceased Indigenous children.

“Those are stories and those are lived experiences,” Ms. Hunter said. “They matter.”

The National Residential School Student Death Register – 2,800 names presented publicly for the first time on a scarlet banner at the Canadian Museum of History in Gatineau – is a permanent reminder of fatalities as a result of the government-funded education program that spanned more than 100 years and forcibly removed more than 150,000 Indigenous children from their families.

The National Residential School Student Death Register was presented publicly at the Canadian Museum of History in Gatineau by the Truth and Reconciliation Commission...

READ: Names of 2,800 children who died in residential schools documented in registry

Email ThisBlogThis!Share to TwitterShare to FacebookShare to Pinterest
Labels: #TRC, 800 children who died in residential schools documented in registry, Death by Boarding School, Names of 2