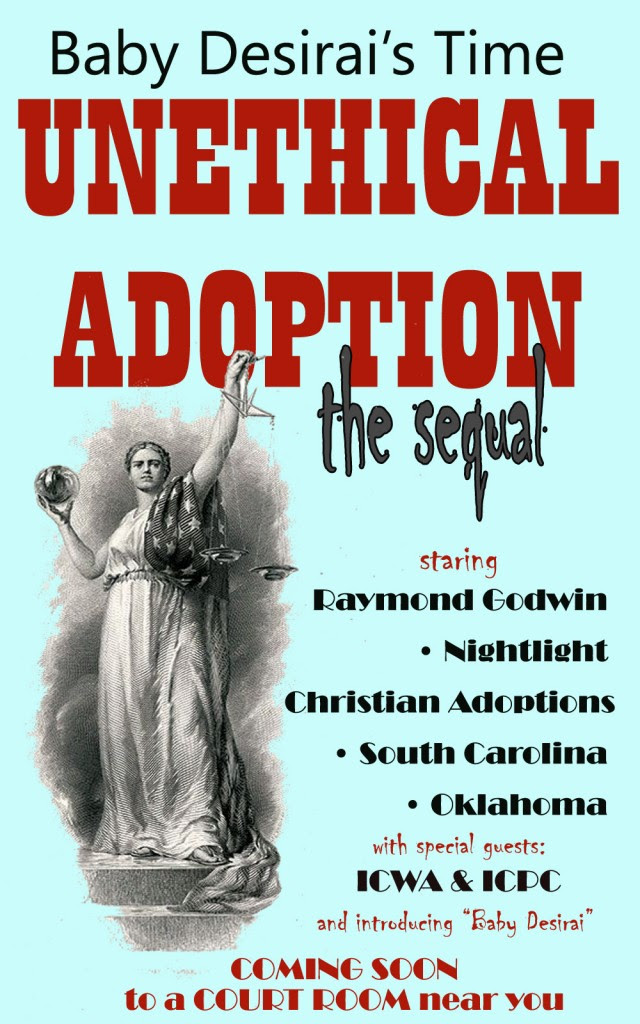 What’s wrong with this picture? Same story- same adoption agency, same two states, same lawyers involved, same laws broken but a different baby and, so far, a completely different reaction by the state governor’s as well.
Yes, Baby Desirai could almost as easily be called Baby Veronica Part Deux. It’s like a Hollywood sequel for the worst movie you have ever seen.