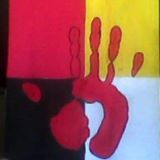 For those who are not aware, please read Cat Hen's following description posted on the new Ontario Government’s Idea Board:

“From 1960 to 1980, unwed father's names were illegally removed/omitted by the Ontario government. Many parents were illegally denied the right to name the father despite the law at the time allowing them to. Father's gave their consent. Many of these people are Aboriginal adoptees who were wrongly taken from their families. The UN has now asked the Ontario government TWICE to restore these names of adoptees as it affects Aboriginal rights. The UN Special Rapporteur Professor Anaya is disgusted that the Ontario government still refuses to do so, hurting Aboriginal families. Many parents still want the names put back for adoptees and many fathers are still giving their consent to do so.”
“Please restore these names as the UN has requested. Otherwise, how can this be fair and just to those who are being punished simply for being adopted? They are being denied human rights that the UN has said numerous times that they are entitled to and that all other Canadians enjoy.”

Please vote YES on this issue and share widely. The more votes we can get the better. She is trying to get the government to restore the illegally removed/omitted unwed father's names back onto the original birth registrations of adoptees. To get the Ontario government to notice, we have to give this post as many YES votes as possible.
To find the post, register then just type in "adoptee" or "birth registrations" and vote on the post when you locate it.
Here is the link for that. Many thanks for your support. ~ Cat Hen
http://commonground.ontarioliberal.ca/