'There’s a lot at stake here, and it’s important that the general public understands that (ICWA) stands as a beacon in child welfare practices'

The Morongo Band of Mission Indians and four other tribes from across the nation have joined the federal government in petitioning the U.S. Supreme Court to uphold a law that gives adoption preference for American Indian children in state foster care to American Indian families.

In a petition filed Sept. 3, the tribes are essentially requesting that the high court leave intact the Indian Child Welfare Act, a law enacted in 1978 amid a trend that saw an “alarmingly high percentage” of American Indian children separated from their families by nontribal public and private agencies.

U.S. Secretary of the Interior Deb Haaland, who is of American Indian descent, also has petitioned the Supreme Court to uphold the law, while the state of Texas, on behalf of Chad and Jennifer Brackeen, have petitioned the high court to repeal the law, claiming it is unconstitutional.

On April 21, the Fifth Circuit released its more than 300-page opinion — a mixed bag that largely upheld the law, but in which some judges agreed that certain provisions of ICWA were unconstitutional and others were constitutional, leaving the outcome less than clear.

Now, both the plaintiffs and the defendants have petitioned the nation’s highest court to review the case.

A Supreme Court response to the tribes’ petition and the petition filed by the plaintiffs is due on Oct. 8, according to the docket.

Ken Ramirez, chairman of the San Manuel Band of Mission Indians in San Bernardino, said in a statement Friday that, for more than 40 years, the Indian Child Welfare Act has helped reverse the tide of one of the most enduring historical attacks on Native American people: the forcible removal of American Indian children from their homes, tribal cultures, and tribal communities.

“We are hopeful that the United States Supreme Court will review this case and affirm the constitutionality of the Indian Child Welfare Act,” Ramirez said. “Those who seek to remove Native children from their homes and tribal communities should not be emboldened to return to the harmful and tragic practices of the past.” 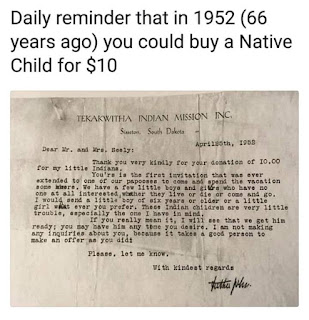 Goldwater and other rich interests have their guns pointed at us... we will fight them with laws and ceremony... Blog Editor TL Hentz