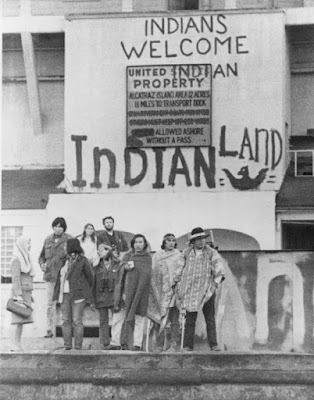 The 1960s comedian Lenny Bruce once wrote that Native Americans' worst mistake when Europeans supposedly discovered America was believing possession really is nine-tenths of the law.
It's now common knowledge that the arrival of European settlers ushered in centuries of violence and misery for America's First Peoples. But when Bruce wrote those words, American mythology hadn't yet accepted that stark reality.
So, it was a wake-up call when, 50 years ago this fall, Native American activists seized the notorious prison island of Alcatraz in San Francisco Bay, which had recently been closed by the government. Their leader, 27-year old Mohawk Richard Oakes, cited an 1868 Indian treaty that gave natives the rights to abandoned federal land. "We invite the United States to acknowledge the justice of our claim," he said.
keep reading