Daughter of a Lost Bird

By Brooke Pepion Swaney. A co-production of Vision Maker Media.

Kendra, a Native adoptee, is a thriving woman who grew up in a loving, upper middle-class white family, and feels no significant loss with the absence of Indigenous culture or family in her life. And yet, as a Blackfeet/Salish woman, director Brooke Swaney could not imagine that Kendra could be content or complete without understanding her heritage. Together, they embark on a seven-year journey featured in the film.

During this journey, Kendra finds her biological mother April Kowalski after being apart for 34 years. April, also an adoptee, is a survivor of abuse, addiction, homelessness, and sex trafficking. Kendra and April must navigate what it means to be native and to belong to a tribe from the outside looking in. DAUGHTER OF A LOST BIRD documents the complex process of finding oneself in the context of a history filled with both trauma and resiliency. 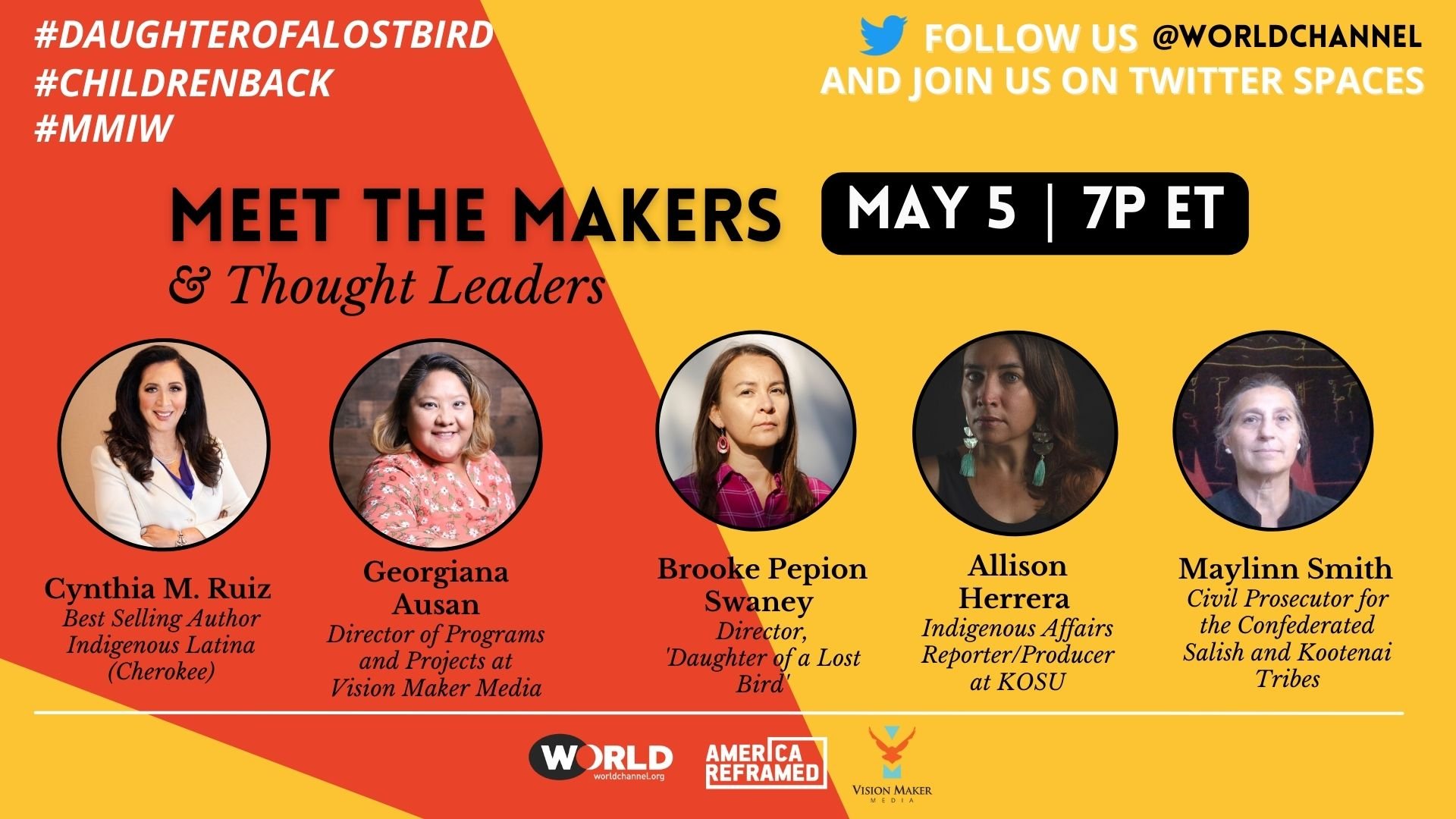 MEET THE MAKERS: DAUGHTER OF A LOST BIRD

Listen to an in-depth conversation with 'Daughter of a Lost Bird' filmmaker Brooke Swaney and other thought leaders about the generational effects of adoption on Native American families and how communities are advocating for justice and tribal sovereignty. Georgiana Lee-Ausen and Cynthia M. Ruiz also take time to recognize National Missing and Murdered Indigenous Women Awareness Day, a time when the Indigenous communities and allies gather to remember, honor and raise voices of women who have been silenced. Listen now!