Torn Apart 32 Years Ago By Canadian Policy Toward Aboriginals, A Mother And Son Meet For The First Time.

He called himself Lost Cub, and for years he tried futilely to find his way home.

Then in 2002, feeling that at last he was closing in, Wayne Snellgrove hired a private investigator to follow up on the final four names on his list. He needed a shield, a buffer from the searing pain of renewed rejection. When the Canadian investigator finally telephoned her news, Snellgrove took the phone to the bedroom, closed the door, and, lying down on the bed, braced himself.

"I found your mother," she said. Then it all tumbled out.

Nora Smoke, a Saulteaux Indian living on a reserve in Saskatchewan, told the investigator, she loved Wayne, always had, that it was the happiest day in her life that he had found her. She had never forgotten the child she'd never seen.

"Please tell my son," Smoke pleaded with the investigator, "I've always thought of him."

And the 6-foot-3-inch, 225-pound athlete sobbed, sobbed like a baby, sobbed with 32 years of repressed emotion, sobbed like a kidnapped child returned to his bereft mother.

The search had ended; however, the story of a newborn's disappearance three decades ago was yet to be told.

Snellgrove, like many Canadians, calls it kidnapping. Others call it cultural annihilation or cultural genocide. Officially, it's been dubbed the Sixties Scoop.

Throughout the 60s, 70s and into the mid 80s, thousands of native children were separated from their mothers and adopted out to middle-class, non-native families in the United States, Europe and elsewhere.

At best, say the critics, the action of the Children's Aid Societies, authorized at the time to administer Canada's child welfare services, was misguided. At worst, it was racism.

"It goes back to the usual manifest destiny complex white people have over red people and the idea they are more civilized than aboriginal people. They thought they were doing the aboriginals a favor," says Emma LaRocque, professor of native studies at the University of Manitoba.

The problem was those removing the children were usually white and, because of bias or ignorance of aboriginal culture, they were, say critics, unqualified to determine what was in the best interest of the native child.

That the Sixties Scoop followed on the heels of the horrific residential school program was not coincidence. The thinking there, says Racine, "was the only way to civilize the Indians was to get the child away from the parents." So the children were forced into church-run boarding schools to be purged of their language, customs and culture. (Similar boarding schools were operational throughout most of the 20th century in the United States, as well.)

In the 1960s, with the closing of Canada's residential schools, aboriginal children continued to be removed, this time on the grounds of parental ambivalence, poverty, illness, or drug or alcohol addiction.

"Entire reserves would be assessed as dysfunctional and every child in the community would be removed," says Kenn Richard, director of Native Child and Family Services of Toronto.

And then "because of racism," says Richard, who is half native, "few white Canadians were willing to adopt aboriginal children, so placements were made through agencies in the U.S."

Wayne Snellgrove came through an agency in Northampton, Mass. Six months before getting the 2 1/2-year-old Wayne, Richard and Ann Snellgrove, his adoptive parents, had taken home another boy, a white boy. They wanted to find for him a companion.

Despite loving and caring parents, Wayne says, "I've always had this feeling of being lost and misplaced, feeling I don't really belong here. Every time I looked in the mirror, I knew it. I had only to look at my brother to know I was different."

He describes his adoptive family as "wonderful." But his situation was far different from those that have made headlines in Canada and suggest there was little screening of prospective parents. Several stunning cases are recounted by the Native Child and Family Services of Toronto in its report titled "Research Project: Repatriation of Aboriginal Families -- Issues, Models and A Workplan." One Native child, placed with a bachelor in Kansas, was sentenced to 20 years in prison for killing his adoptive father with a baseball bat. The trial revealed that for years the youth had been sexually abused by his adoptive father.

Likewise, a native girl placed with a family who subsequently moved to Holland wound up a drug addict and prostitute after being impregnated twice by her adoptive father. After years of living abroad, she returned to Canada where, with the help of birth siblings, she established a new life. 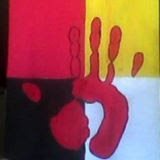