Key Findings Of This Investigation 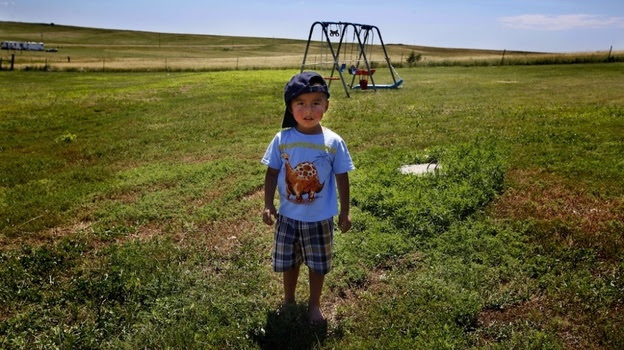 John Poole/NPR
Derrin Yellow Robe, 3, stands in his great-grandparents’ back yard on the Crow Creek Reservation in South Dakota. Along with his twin sister and two older sisters, he was taken off the reservation by South Dakota’s Department of Social Services in July of 2009 and spent a year and a half in foster care before being returned to his family.

This must end now, today, forever...Trace