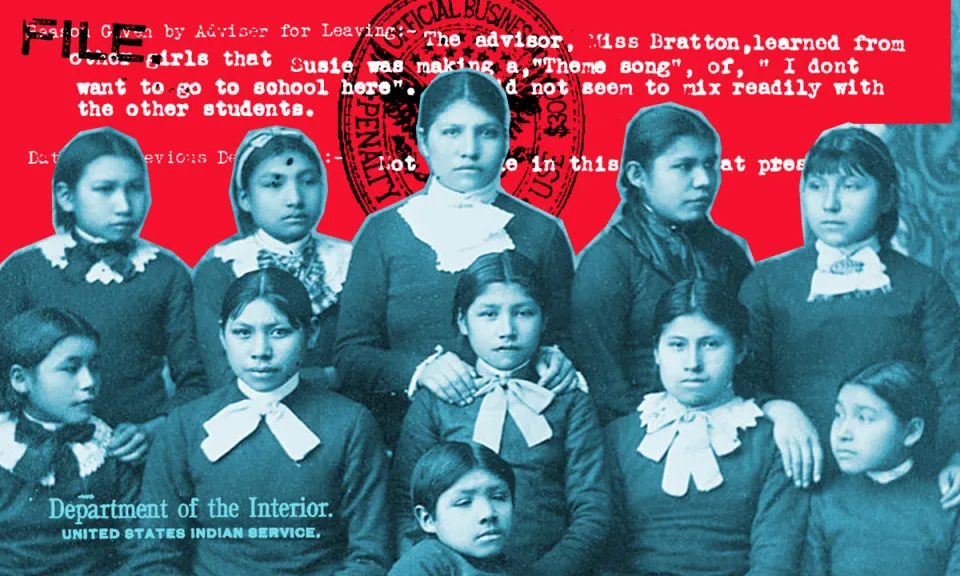 It is a desperate plea from a father seeking information about his missing son.

Morris Jenis Jr.’s father knew only his son, a Native American student at the Genoa Indian School in Nebraska 100 years ago, had not been seen in a year.

Morris ran away from the school in 1921 — “deserted,” according to the militaristic language school officials used — like hundreds of other young Indigenous children who resisted the boarding school policies that forcibly stripped them of language and identity, often hundreds of miles from home.

“The father…is very anxious to see where his son has gone,” a school clerk wrote the superintendent on the father’s behalf. “He recently heard that a student from Genoa was killed in Montana by a horse and he fears that this may be his son.”

Public archives do not provide any answers about Morris, nor his age and tribal affiliation. The school told his father that they could not find “any trace of him,” and reportedly returned the $26 — worth about $450 today — his family previously paid to send him home.

The plea is among thousands of stories made public by the Genoa Indian School Digital Reconciliation Project, one of many efforts to digitize elusive school, state and federal records, to bring the stories of Indigenous survivors and those who never made it home back to their families and tribes.