“I’m no longer a lost child. My story matters. That’s what I’m taking home: I matter.” 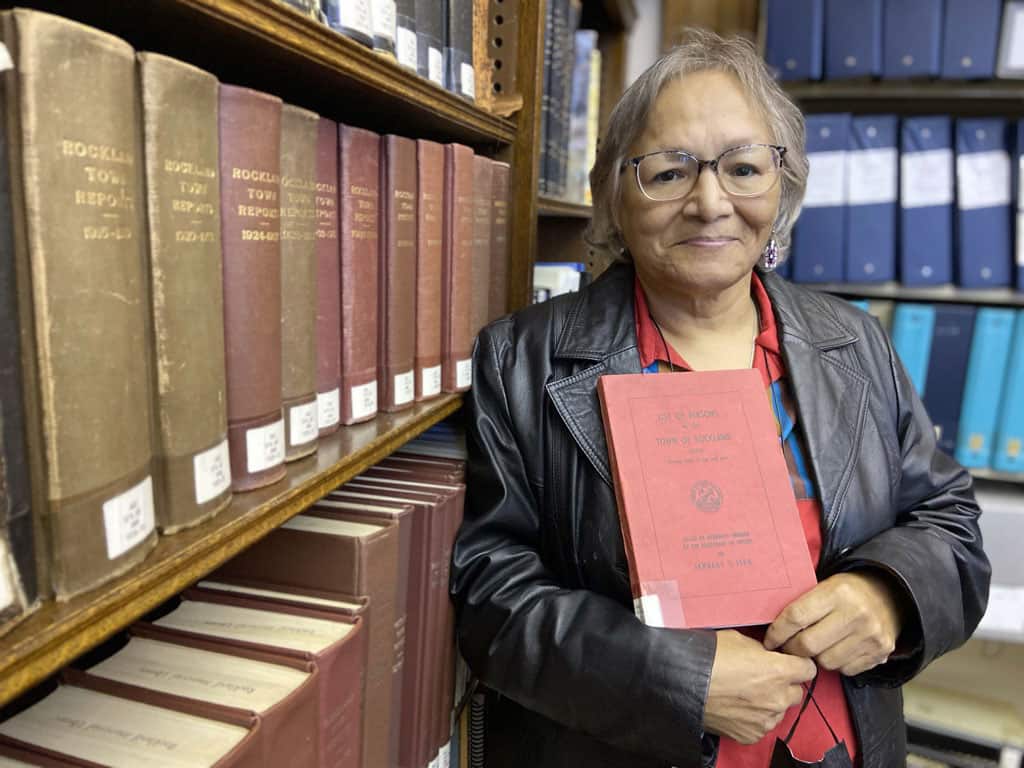 After the residential school in Nova Scotia closed in the late ‘60s, Debbie Paul was kidnapped by a nun and brought to a white family in the U.S. She always told people this, but was missing the evidence. Until now.

Standing at the site of the former Shubenacadie Indian Residential School in Nova Scotia, Debbie Paul clutches a black and white picture of herself taken when it shut down in June 1967.

Paul was the last Mi’kmaw student to leave.

“This picture was taken to give to my mother and my mother never received it,” said Paul, who lives in the Sipekne’katik First Nation, just five kilometres away from the former residential school.

In the photo, she is 12 years old, wearing new shoes and a new watch, unaware her life was about to take an incredible turn. Rather than return Paul to her mother, a nun with the Sisters of Charity – Halifax took her without consent to live with a white family in the United States.

When Paul pushed for answers years later, her mother said she just never came home when the school closed. “She signed no papers for me to be adopted out or taken across the United States border,” said Paul.

After the residential school closed and the rest of the students left, that nun, Sister Mary Gilberta, kept Paul back at the institution. Paul says she told her to keep out of sight. Within days, they left for the airport.

Paul would spend the next year with Sister Gilberta’s brother, John Wentworth, and his wife, Mary, in Massachusetts.

“They took me without permission,” said Paul. “And all that family did was abuse me.”

Debbie Paul survived the residential school only to become part of the Sixties Scoop, the practice of adopting or fostering Indigenous kids to white families.

Canada signed a class-action settlement agreement in 2017 and within a year, survivors of the Sixties Scoop, like Paul, were able to apply for compensation.

But in March 2020, her claim was rejected. She wasn’t told why, but she has a strong suspicion. Collectiva, the administrator for the Sixties Scoop class action settlement, can access adoption and foster records, which for the most part are held by the provinces. But Sister Gilberta acted on her own, leaving no apparent paper trail.