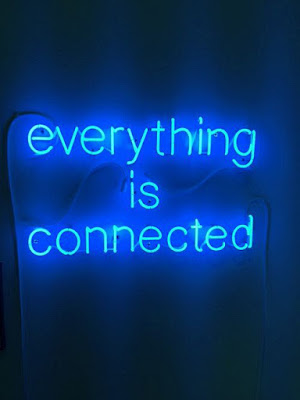 Today: I wrote on wordpress: BEDLAM: The Epidemic of Broken Minds

This is not my usual post about adoption. But one thing that adoption can cause is (drum roll) – SUICIDE.


I used to think about this when I was writing my memoir – why would someone take this drastic measure?

It’s obvious to me now. When guilt or grief take over your mind and your life, there is apparently no other apparent option (or few options on your list seem good enough for you to live longer and face the music for whatever you may have done or had done to you.)

If you visit a psychologist, they will talk to you and possibly drug you as an adoptee.  As a joke, I wrote on a post-it “I AM IN BIG TROUBLE.”  It’s true that Big Pharma is out to medicate you for just about everything – including: arrogance, narcissism, above-average creativity, cynicism, and antisocial behavior…(and those are just the new ones!)

A quick check of the keyword: SUICIDE will show you some of the recent headlines here.

I’d found a statistic that adoptees do commit suicide more often than others, statistically speaking. WHY? Unresolved (untreated) (not recognized) (buried) GRIEF!

The good news is: I read this about how GRIEF IS SUBVERSIVE here.  It is definitely something that can be healed!


My journalist friend Suzette shared her response on FACEBOOK: In general, I find “therapy” as it currently is, as useless. I found my own method and it’s a hell of a lot cheaper and you don’t spend time circling and circling the same airport and never getting resolution. And guess what? You may never get resolution. But then that even becomes okay. “We’re supposed to heal from grief.” Is that really true? No. But you can integrate it, whatever “it” is and keep moving... Conventional therapy has it backwards and frankly enables people to keep them emotionally broken, (in my honest opinion)…”

Growing up, I was not aware of the various medical terms for adoptee issues such as severe narcissist injury or post-traumatic stress disorder. I am sure no one in my family even considered I might have a problem with being adopted… Since 2004, I read numerous studies about adoptees in treatment for “identity” issues (split feather syndrome), reactive attachment disorder (RAD), depression and/or suicidal thoughts.  Then I found statistics.  An adoptee friend in Toronto told me to read Adoption: Unchartered Waters by Dr. David Kirschner, a book about adoptees who are notorious serial killers. (I did read it.)

No, you didn’t see that book mentioned on TV or on OPRAH or anywhere else…

No, I am not saying that adoptees have more problems than the rest of the world, not at all. I am saying that something big hit us hard as babies (or small children) and some of us did NOT recover – and that is something a psychologist might drug you for… but listen to me:  DRUGS are not the answer to our problems.

The war is inside us. There is a heroin and opioid epidemic where I live, and probably where you live too. WHY? People (some are even adoptees) are so desperate to numb themselves they are self-medicating.

The school shooters who were diagnosed as children with ADHD and given drugs – ask yourself: what happens when they are older, on their own, in college – some go stark raving mad! (Mainstream media doesn’t disclose that many of the shooters were ADHD kids and medicated.)
ADHD Drug Warnings:
There have been 44 warnings from eight countries (United States, United Kingdom, Canada, Japan, Australia, New Zealand, France and Singapore) warning that ADHD drugs/stimulants cause harmful side effects. These include the following (note that some warnings cite more than one side effect, so the list below may not be equal to the total number of warnings):
So my hope is anyone reading this will consider SUICIDE as a flashing sign. STOP immediately and call a suicide hotline. If you know someone who is considering it, be their advocate and get them to make the call!

It’s a SIGN you need to change your life, your direction, your path. Not take drugs but CHANGE your mind. CHANGE your thoughts – not with drugs or self-medicating behaviors – no.

If Big Pharm has its way, we’d ALL be medicated and that my friends is one of the scariest ideas — EVER!

Each of us has the choice. Our mental (emotional) health is our problem! We all must learn to handle our emotions (with help, with support, with healing) and face the problem and GRIEVE when we need to!

For more on this crisis in Indigenous populations:

Indigenous child death rate in Queensland twice that of peers

14 Mar 2014: Suicide rate of Aboriginal and Torres Strait Islander children more than five times that of non-Indigenous young, report finds…
[Sorry for all the links in this article but this topic needs much more discussion…]

Retweet if you've ever: