Aboriginal Health in the Aftermath of Genocide 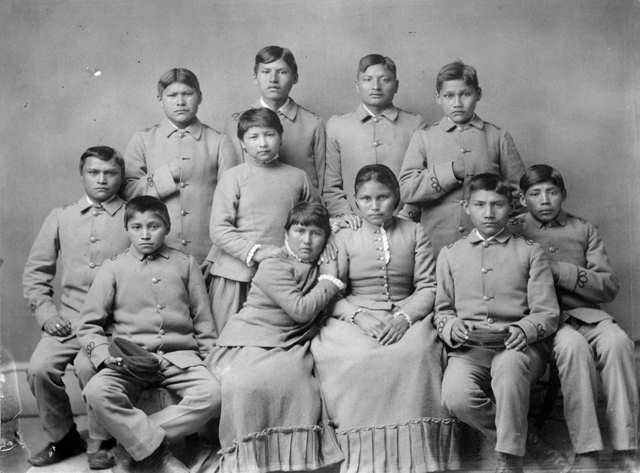 Genocide and the intergenerational trauma that it produces have had a demonstrable effect on the health and wellbeing of Aboriginal peoples.

Excerpt:
The federal government worked closely with mainline Canadian churches, who were together responsible for running most schools until the 1950s. The Catholic Church ran approximately 60 percent, the Anglicans about 30 percent, with the Presbyterian, Methodist, and United Churches running most of the remainder. From 1920 until the 1950s, attendance for children aged five to sixteen was compulsory (Milloy, 1999; Miller, 2004, p. 84; MacDonald, 2007). At least 150,000 children passed through 125 institutions, the last of which closed only in 1996. There are approximately 75,000 Survivors alive today, and many face a myriad of social, economic, and other problems as a result of their experiences, on which this chapter later focuses.
A number of recent studies allege that genocide occurred within the IRS system, claims which this chapter supports (Chrisjohn and Young, 1997; Grant, 1996; Neu and Therrien, 2003; Woolford, 2009; Powell, 2011). The term genocide was coined in 1944 by Raphael Lemkin, who described it as “a coordinated plan of different actions aiming at the destruction of the essential foundations of the life of national groups, with the aim of annihilating the groups themselves” (1944, pp. 27-28).

The 1948 United Nations Genocide Convention, which flowed from Lemkin’s efforts, defines genocide as follows:
Any of the following acts committed with intent to destroy, in whole or in part, a national, ethnical, racial or religious group, as such:
(a) Killing members of the group:
(b) Causing serious bodily or mental harm to members of the group;
(c) Deliberately inflicting on the group conditions of life calculated to bring about its physical destruction in whole or in part;
(d) Imposing measures intended to prevent births within the group;
(e) Forcibly transferring children of the group to another group.


If you can't access this paper, I can send it to you. Email me: larahentz@yahoo.com

Email ThisBlogThis!Share to TwitterShare to FacebookShare to Pinterest
Labels: Aboriginal Health in the Aftermath of Genocide, Indian Residential Schools, The Last Acceptable Racism and the United States’ Genocide of Native Americans