Soboba Tribal Council Vice Chairman Isaiah Vivanco said the tribe got what it wanted after signing onto an amicus brief along with hundreds of other tribes supporting the Indian Child Welfare Act last year.
“The decision is a huge one for Indian Country as a whole,” Vivanco said in a written statement.

Morongo Band of Mission Indians Tribal Chairman Robert Martin called the ruling a "strong statement" of tribes' sovereign rights and their relationship with the federal government. Martin said the tribe joined the Cherokee, Navajo, Oneida and the Quinault Indian nations to intervene in the case. 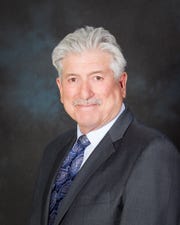