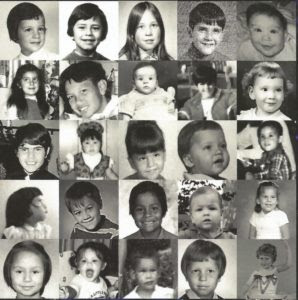 FUNK — Cynthia S. “Cindy” Lammers, 51, of Kearney died Tuesday, July 11, 2017, near Funk.
Private family memorial services will be later.
There will be no visitation. Horner Lieske McBride & Kuhl Funeral and Cremation Services is in charge of arrangements.
——
Cindy was born on Feb. 10, 1966, in Rosebud, S.D. She grew up in Kearney and graduated from Kearney High School in 1984. She then attended Central Community College. She married Mike Splitter in Kearney on Aug. 14, 1993. They later divorced.
Cindy worked at Mount Carmel Home and Rehabilitation Center in Kearney. She enjoyed fishing and camping.
Surviving relatives include her father, LeRoy K. Lammers of Kearney; sister, Shellie Ingersoll and her husband, Odee, of Kearney; stepbrothers, John Moss and Jeff Moss, both of Fort Wayne, Ind., David Blankenship and his wife, Sandy, of Alliance and Johnny Blankenship and his wife, Jennifer, of Lincoln; also many nieces, nephews, aunts and uncles.
Cindy was preceded in death by her mother, Norma Lammers; brother, Mitch Lammers; grandparents; stepbrother, Earl Soden; and birth mother, Amy Standing Soldier-Busch.
Memorials are suggested to the Red Cloud Indian School in Pine Ridge, S.D.
Visit www.hlmkfuneral.com to leave a tribute or message of condolence.


Cynthia (Sherry Standing Soldier of Rosebud) contributed her story to the book CALLED HOME: THE ROADMAP, published last year. Our hearts are heavy... Cynthia had finally found her brothers who were also adopted out... Trace