The Culture of Adoption 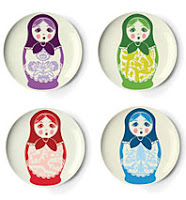 In March 2007, I gave two workshops on the Culture of Adoption here in western Massachusetts. I used a subtitle, “We can’t fix adoption until we fix poverty.” I know that I’m different. I am a writer who successfully opened her adoption, which is rare.  I do understand the stigma for women who give up their baby and I knew the pain of infertility for my adoptive mom.

In my workshops, I gave un-apologetic, uncensored testimony of what I’d lived as an adoptee and some (shocking) facts I’d learned as a journalist.

My topic drew women who work in social service agencies in our area, in important programs that serve the poor. I structured the information using my adoption insights, using current statistics. I gave them handouts that focused on the adoptee, adoptee organizations, an up-to-date booklist, and opinions from a feminist who writes on adoption choices (with views contrary to public opinion of "good outcomes in adoption.")

My morning workshop, a trial run of sorts, was a disappointment - I felt I shared too much personal information, perhaps too quickly. A few women reacted as if they were shocked or they were just plain horrified. It was hard for them to accept what I was saying, even with my proof. I know the majority of people prefer to believe adoption is a good thing, a saving thing. That is adoption propaganda. Some even reacted to the words bastard and orphan when I said them.

The laws and secrecy about adoption were made for women but not necessarily controlled, managed or scrutinized by women. Saving children is a tiny fraction of a much bigger equation. I wanted them to see this, and see a bigger picture through my own experience.

It was a good learning experience for me. My perspective has been ignored and not widely broadcast, compared to a louder, more focused adoption industry. My reality affects everyone in a unique way, depending on their own involvement in adoption.

Fortunately, two adoptees and one adoptive parent were there to share their experience in my first workshop, and politely disagreed with some of what I presented, even challenging the statistics.

Little attention was given to the climate of oppression for the birthmother and the trauma of separation for the baby, I told them.

I asked both groups if they knew the definitions of many buzz words related to adoption – they didn’t. They were not even aware that hospitals and clinics are now serving a growing population of international adoptees. Many were unaware of a growing “bogus” ancestry in America because of sealed adoption records. Many couldn’t fathom that adoptees are so damaged they get committed to psych wards. Many had not heard that some adoptees are adopted for body parts, destined to become future transplant donors. Many had not heard of birth psychology, the bond between mother and child, even before birth. Many were surprised at what I’d experienced. They were shaking their heads when I said I might accidentally meet and date my own brother, or that I had no medical history… Most people don’t think about this.

Yes, this is the Culture of Adoption – a lot of missing information - even for those who work in social services, in agencies that serve the poor.

In hindsight, I would lay it out differently and not give so much information in a one and one-half hour presentation. It was too much! A book on Adoption Culture, which I plan to do eventually, can be administered in small doses, to process slowly.

Some people will always prefer the myths: Cuddly babies aren’t damaged but older children are…All babies need is love…Babies are given up by underage, over-sexed careless girls…

Since the 1990s, more adoptees come from poor families in foreign lands, since single Americans are not so quick to give up their baby. Some of the stigma of an unplanned pregnancy shifted. It's common now to find un-wed moms keeping the baby.

Many families who adopt don't realize such poor living conditions exist until they travel to foreign lands to adopt a child. It appeared some New Englanders at my workshop lived a rather sheltered existence. (They’re not the only ones.)

Truly this blog is about ideas. Not everyone will agree or accept my research. I accept that.

Some of my information can sure raise eyebrows.