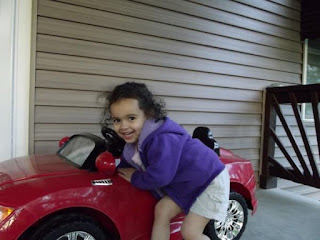 GENEVA (10 September 2013) – The United Nations Special Rapporteur on the rights of indigenous peoples, James Anaya, today called on the relevant state, federal and tribal authorities in the United States of America to take all necessary measures to ensure the wellbeing and human rights of ‘Veronica,’ an almost four year old Cherokee child at the center of a highly contentious custody dispute.
“Veronica’s human rights as a child and as member of the Cherokee Nation, an indigenous people, should be fully and adequately considered in the ongoing judicial and administrative proceedings that will determine her future upbringing,” Mr. Anaya stressed. “The individual and collective rights of all indigenous children, their families and indigenous peoples must be protected throughout the United States.”
Veronica is currently facing judicially ordered removal from her Cherokee family and community. In June of this year the US Supreme Court ruled that certain protections of the Indian Child Welfare Act did not apply to proceedings in which a non-Cherokee couple sought to adopt Veronica, given the particular circumstances of the case. The high court, however, it did not make an ultimate determination of the disposition of the adoption proceedings.
Following the Supreme Court decision, a South Carolina state court awarded custody of Veronica to the non-Cherokee couple, but it did so without a determination of whether her transfer away from her Cherokee family would be in her best interests in light of her current situation and Cherokee heritage. Although Veronica lived with the non-Cherokee couple in South Carolina for the first two years of her life, she has now resided with her father and extended indigenous family in Cherokee territory in the state of Oklahoma for nearly two years.
South Carolina authorities have attempted to force Veronica’s father to release custody of her, charging him with custodial interference for his refusal to do so. On 3 September 2013 the Oklahoma Supreme Court took up the case, granting a temporary stay of an enforcement order and allowing the father to keep Veronica pending further proceedings.
“I urge the relevant authorities, as well as all parties involved in the custody dispute, to ensure the best interests of Veronica, fully taking into account her rights to maintain her cultural identity and to maintain relations with her indigenous family and people,” said the UN Special Rapporteur.
The independent expert pointed out that these rights are guaranteed by various international instruments subscribed to or endorsed by the US, including the International Covenant on Civil and Political Rights, and the UN Declaration on the Rights of Indigenous Peoples.
In his 2012 report* on the situation of indigenous peoples in the US, the Special Rapporteur noted that the removal and separation of Indian children from indigenous environments is an issue of longstanding and ongoing concern. “While past practices of removal of Indian children from their families and communities have been partially blunted by passage of the Indian Child Welfare Act in 1978, this law continues to face barriers to its implementation,” Mr. Anaya stated.
“I encourage the United States to work with indigenous peoples, state authorities and other interested parties to investigate the current state of affairs relating to the practices of foster care and adoption of indigenous children, and to develop procedures for ensuring that the rights of these children are adequately protected,” the UN Special Rapporteur said.

The UN Human Rights Council appointed S. James Anaya as Special Rapporteur on the rights of indigenous peoples in March 2008. Mr. Anaya is a Regents Professor and the James J. Lenoir Professor of Human Rights Law and Policy at the University of Arizona (United States). As Special Rapporteur, he is independent from any government or organization and serves in his individual capacity. Learn more, log on to: http://www.ohchr.org/EN/Issues/IPeoples/SRIndigenousPeoples/Pages/SRIPeoplesIndex.aspx

(*) Check the Special Rapporteur’s 2012 report on the USA: http://www.ohchr.org/EN/HRBodies/HRC/RegularSessions/Session21/Pages/ListReports.aspx

See the UN Declaration on the Rights of Indigenous Peoples: http://daccess-ods.un.org/access.nsf/Get?Open&DS=A/RES/61/295&Lang=E