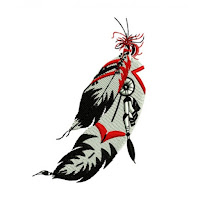 Growing up in Inuvik, in the Inuvialuit Settlement Region in Canada’s Western Arctic, I lived next to a group home.

The children – Inuvialuit like me – were in the care of Northwest Territories social services, separated from their families, sometimes far from their home communities, with no connection to their identity.

Even as a child, I could see how hard it was for them, going through life and school without any people, without any sense of who they were in the world.

This week, the Inuvialuit Regional Corporation, which was established in 1984 to represent the Inuvialuit under one of Canada’s oldest and most comprehensive land claim agreements, passed our first law: Inuvialuit Qitunrariit Inuuniarnikkun Maligaksat.

This law re-establishes our jurisdiction over child and family services, and in doing so, makes us the first Inuit region to assert this important right.

Duane Ningaqsiq Smith is the chair and CEO of Inuvialuit Regional Corporation, which represents the communities of Aklavik, Inuvik, Paulatuk, Sachs Harbour, Tuktoyaktuk and Ulukhaktok in the Northwest Territories.