“Baby Veronica” case back at the Court (UPDATED) 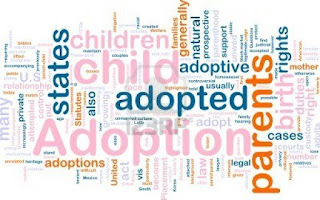 UPDATED Monday 11:30 a.m.  The Chief Justice has called for a response to the application; it is to be filed by 2 p.m. on Friday of this week.
——————-
The birth father of the little girl known as “Baby Veronica,” seeing a potential opening in the Supreme Court decision that he lost a month ago, has asked the Court to put on hold a decision by the South Carolina Supreme Court that would promptly move the child to live with a couple who would adopt her.  In the application (Birth Father v. Adoptive Couple, docket 13A115), the father — a member of the Cherokee Nation tribe — said he plans a swift appeal of that ruling.

Although the case continues, in the legal filings, to use anonymous names, the father is Dusten Brown of Bartlesville, Oklahoma, and the non-Indian couple that has been awarded custody and an adoption right are Matt and Melanie Capobianco, who live near Charleston, South Carolina.  The South Carolina Supreme Court has ruled that “Baby Girl,” her litigation name, is to become a part of the Capobianco family as soon as arrangements can be made; she has been living with her father since December 2011.  She will be four years old in September.
In a five-to-four decision on June 25, in the case of Adoptive Couple v. Baby Girl, the Court ruled that a federal law governing custody for Indian children did not protect Brown from having his parental rights ended.  The state supreme court, which earlier had ruled in the father’s favor under the federal law, interpreted the Adoptive Couple ruling as clearing the way for it to decide on the adoption issue itself, to bring an early end to the legal fight.
While the June 25 decision went decidedly against the legal claims that Brown had made, in his new plea to delay the state court ruling while he pursues an appeal, Brown’s lawyers argued that opinions by Justice Stephen G. Breyer — who joined the majority opinion with some qualifications — and by the four dissenting Justices provided an opening for him to pursue a new claim to the child’s custody.
According to the application, both the Breyer and Sotomayor (dissenting) opinions, the state court would have an opportunity when the case returned to it to consider possible adoption by others in Brown’s family, and an opportunity especially to consider — on the basis of current conditions for the child — what would be in the best interests of “Baby Veronica.”
The application argued that, while the latest ruling by the state court said it was ruling that it was in the child’s best interests to have her adopted by the Capobiancos, that perception could not have been based on current conditions.   The child has lived with her father for nineteen months, the application noted.
Brown’s mother and father — the child’s Cherokee grandparents — and Brown’s wife have sought to adopt the child, to help assure that she continues in a Cherokee family.  The state court, however, said that the only persons seeking custody of the child before the state courts were the Capobiancos.
Brown and his wife, have filed for adoption of the child in an Oklahoma state court, and a Cherokee tribal court has issued an order granting joint legal custody to Brown’s parents and to his wife.   After that, Brown renewed his attempts in the South Carolina Supreme Court to seek custody, but the state court rejected all such efforts and ordered a transfer of the child to the Capobiancos as soon as that can be worked out by a family court in South Carolina.
The application for a postponement of that order was filed with Chief Justice John G. Roberts, Jr., who handles emergency legal matters from the geographic Fourth Circuit area, which includes South Carolina.   The Chief Justice has the option of acting on his own on the application, or of sharing it with his colleagues.
Meanwhile, news stories have recounted that the child’s birth mother, identified as Christy Maldonado, who chose the Capobiancos as the preferred adoptive couple, has filed a lawsuit against the federal government, challenging parts of the federal Indian child law on which the Supreme Court based its June 25 decision.   Ms Maldonado lives in Oklahoma.