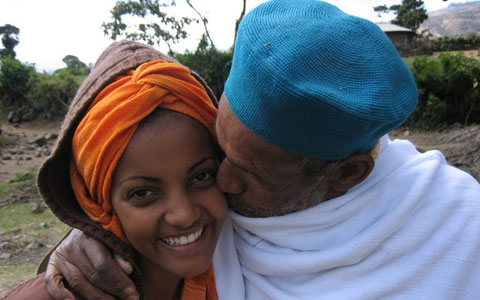 When she was just eight, Hamelmal left her home in Ethiopia to come to Australia with her two younger brothers. She and her siblings were to start a new life far from their birth town of Addis Ababa. Their mother could no longer look after them.

“My father had passed away and he was the main provider; so my mother gave us up because she had seven kids and she would have been quite young - about my age now,” says Hamelmal, now 25. “She was from the countryside so she had no education whatsoever; she couldn’t read, write or work to provide for us.” Hamelmal was among the first children to come to Australia in the mid 90s through the Ethiopia-Australia adoption program. Now a primary school teacher in Queensland, she says she’d always assumed adoption would be a part of her own future.

“It worked for our family and is something I’d always thought I would do; since I was little I wanted to adopt children from everywhere,” she says.

But in June this year, the Australian Government announced the closure of its adoption program with Ethiopia, saying it had long been one of the most difficult inter-country programs to manage. The adoption environment in Ethiopia has become increasingly “turbulent and unpredictable,” it says. Program costs are rising, and according to Attorney General Nicola Roxon, there are now more opportunities for children to find alternative care within Ethiopia itself.

The Ethiopia program was Australia’s fourth largest inter-country adoption program, after China, the Philippines and Thailand. It was the only program with an African country and has seen 621 Ethiopian children join Australian families since it began in 1990.

Adoption groups and hopeful families, some who had been waiting 10 years to form a family through the program, say the government has abandoned them, and Ethiopian children too quickly. But it’s not only prospective parents who are upset by the closure.

“I think it’s stupid to be honest. Yes, there may be issues with certain families where adoption didn’t work out, but what family’s perfect? You can have your own biological child but then, how many children with families are in the foster system here? I think it’s really not a fair call for them to make,” says Hamelmal.

Halmelmal has been back to Ethiopia eight times since she left as a child. Her birth mother died not long after she arrived in Australia but she says her ties with her culture and her family in Ethiopia are as strong as ever. 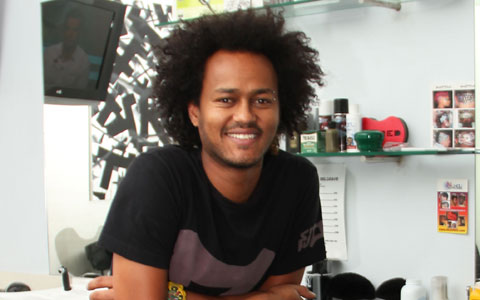 Alemayehu came to Australia as an 11-year-old boy, having lost both his parents in Ethiopia. He remembers his father was taken away as a political prisoner when the Mengistu government was overthrown at the end of the Ethiopian civil war. He became ill in prison and some months after his death, Alemayehu’s mother died from pneumonia. They left behind three young children and their 19-year-old sister, Bizunesh.

“My older sister was unable to look after me, and my brother and sister - so she had no choice but to put us up for adoption which is one of the best things she’s done for us,” Says Alemayehu.

“I’m one hundred per cent sure that she didn’t want to do it, but she was just being a mother to us and saying, ‘I can’t take care of three kids on my own’ and she needed help!”Alemayehu’s younger siblings, Eleni and Sisay, were adopted first by a couple from Sydney. He would join them two years later, adopted into the extended family of that couple’s brother and sister in law. When he turned 18, he sponsored Bizunesh to live in Australia with them.

Today, at 26, Alemayehu is trying to decide on a name for his new business – a hairdressing salon. “I’m thinking ‘Al-fros,” he says.

“I never imagined I’d be grown up and about to have my own business - when I think about it, it’s just like a miracle that’s happened.”

Alemayehu has been back to Ethiopia twice with his Australian family and says there are still many children in need in his birth country.

Like Hamelmal, Alemayehu always thought he would adopt children of his own one day.

“I definitely would because I know how those kids feel having to wait for someone to come and give them a home, to give them a life where they can be happy and grow up and be educated,” he says. 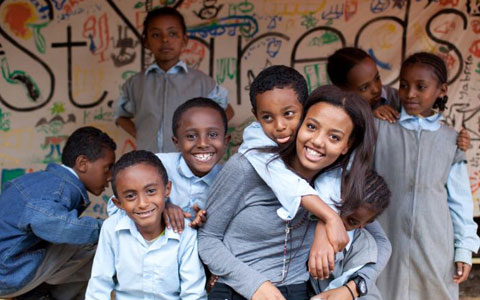 One of the reasons the Attorney General has given for the closure is that the Australian government cannot be sure that children put up for adoption in Ethiopia are truly orphans. Something 19-year-old Kalkidan Forward says she finds especially hurtful.

Maybe there was something wrong with us,” says Kalkidan. “Were those reasons the same 15 years ago? I don’t understand how you can say that now and not question the hundreds of people that have been adopted already.”Kalkidan was adopted by her Australian family when she was three, together with her then two-year-old brother. After finishing high school in Perth last year, she travelled to Ethiopia by herself to spend nine months working in orphanages.

“I was just shocked to see the overwhelming number of children that had no homes; there were just so many kids there that just needed the opportunity that I had been given.”

She says the situation for many children in Ethiopia now is not so different from her own, when her mother approached an orphanage to care for her as a baby.

“My mother was only 16 … and it was just very, very poor conditions in Ethiopia, like no one was surviving and most of her siblings and family members had been dying from HIV Aids. She didn’t have any support so she put us up for adoption,” she says.

“Then when I was in year five, we went back to Ethiopia and we visited my mum and found that she had another son, Abraham, and she asked us to adopt him as well. By the time we did adopt Abraham, she had contracted the virus herself.”

For Kalkidan, the benefits of adoption for her family were many. She says she feels privileged to have had a life she “would never ever have dreamed of in Ethiopia” and she cannot understand the government’s reasons for closing the program now.

Source: SBS
From Trace: When is adoption a saving thing? Could the children's mother be adopted too and saved? Please leave a comment....