300,000 babies stolen from their parents - and sold for adoption: Haunting BBC documentary exposes 50-year scandal of baby trafficking by the Catholic church in Spain


There are men and women across Spain whose lives have been turned upside-down by discovering the people they thought were their parents actually bought them for cash. There are also many mothers who have maintained for years that their babies did not die – and were labelled “hysterical” – but are now discovering that their child has probably been alive and brought up by somebody else all this time.’ 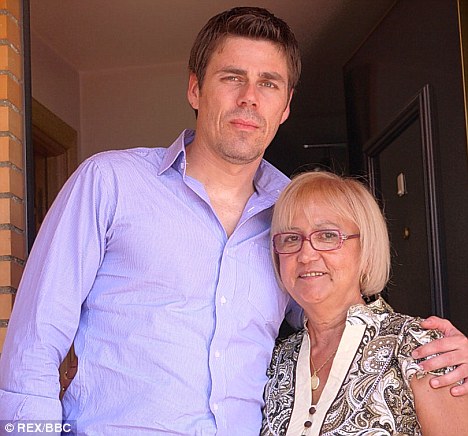 Reunited: Randy Ryder with Manoli Pagador, who believes she may be his real mother

Experts believe the cases may account for up to 15% of the total adoptions that took place in Spain between 1960 and 1989.
It began as a system for taking children away from families deemed politically dangerous to the regime of General Franco, which began in 1939. The system continued after the dictator’s death in 1975 as the Catholic church continued to retain a powerful influence on public life, particularly in social services.
It was not until 1987 that the Spanish government, instead of hospitals, began to regulate adoptions.
The scandal came to light after two men, Antonio Barroso and Juan Luis Moreno, discovered they had been stolen as babies.

It's becoming more obvious that many countries took part in baby selling but call it adoption... Trace