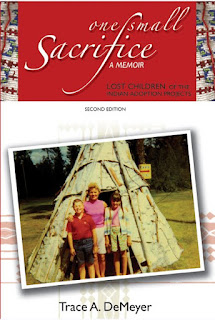 I wish for every adoptee out there that they can find out how they arrived, who their parents are and what actually happened.


Can one day change your life?

Like so many adoptees out there, too many of us have blank pages in our Chapter One. Most adoptees don’t know much (if anything) about the year we were conceived or events leading up to our birth. Our parents might be mythical figures; so dreamlike, we create stories for them. We might make our parents into martyrs who were coerced into giving us up because they were too young or too poor or unmarried. We might imagine them as star-crossed lovers like Romeo and Juliet, better to think of them as two people who were in love.

All I knew: my parents lived together. Sadly because Earl and Helen have died, my beginning was lost and I never expected to know what happened 50+ years ago. Up until now, the only people I’d met on my adoptee journey did not recall my parents together. My parents did not get married in Chicago. After me, each made new babies they kept.

One of my cousins Buddy and I share the same great-grandma… Even though I’ve been to Illinois more than a few times to visit my siblings, Earl’s kids, I had not met this cousin. I wrote to Buddy a few years ago but never heard from him.

Buddy is the Harlow-Allen-Morris family historian in Illinois.

So last week we spoke for the first time. I heard the one thing I never expected to hear. Buddy knew my parents - Earl and Helen – when they were living together in Chicago in 1955/6.  He is the only person who remembers them as a couple.

Yes, it was a long time ago. Buddy was 12 and stayed at their apartment. Buddy said my mother was so nice, how he really liked her.  He thought Earl and Helen were married.  When he went back home to Pana, he didn’t know they broke up until Earl married his next wife Caroline.  Yes, my father had already been married before but not to Helen, my mother.

Adoptees like me have a hard time imagining our parents in their 20s. Fantasy seems better than the reality I had a dad who didn’t marry every woman he slept with and he decided to split with my mother because she got pregnant with me. 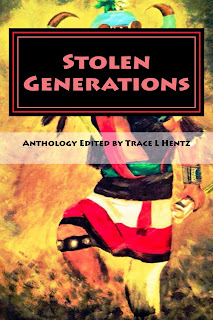 The new anthology Stolen Generations has stories just like mine, how they were able to find out where they fit in their parent's life story... READ MORE HERE