A lawsuit in Washington state and another case before the U.S. Supreme Court are part of a coordinated campaign that experts say is pushing once-fringe legal theories to the nation’s highest court and represents the most serious challenge to tribal sovereignty in over 50 years.

“It could have really big impacts on basically every law Congress has passed that has to do with tribes and tribal citizens,” said Rebecca Nagle, a journalist, citizen of the Cherokee Nation and host of the “This Land” podcast, which explored the Brackeen case in detail. “It’s really the legal foundation for the rights of Indigenous nations in this country.”

The highest courts in Canada and the United States are expected to decide child welfare cases this year that could have far-reaching implications for Indigenous rights on both sides of the border. In Brackeen v. Haaland, the U.S. Supreme Court will decide the future of the Indian Child Welfare Act. And in Attorney General of Québec, et al. v. Attorney General of Canada, et al., the Supreme Court of Canada will rule on the constitutionality of the federal government's Indigenous child welfare legislation, Bill C-92. Although the constitutions and arguments before the top courts in both countries are different, legal experts say the two parallel cases could affect who has the legal right to decide what's best for Indigenous children throughout the continent. Read more here.

Maverick Gaming and Chad and Jennifer Brackeen are also backed by the same legal team.

The Brackeens are challenging ICWA, a 1978 law that requires caseworkers to give preference to Indigenous families in foster and adoption placements of children who are members of a federally recognized tribe.

The law was aimed at correcting centuries of injustice.

Between 1819 and 1969, the federal government took many thousands of Indigenous kids from their homes and forced them to attend brutal schools that employed “systematic militarized and identity-alteration methodologies,” according to a report released by the U.S. Department of the Interior in May.

After the federal government ended mandatory attendance at American Indian boarding schools, officials continued to remove overwhelming numbers of Indigenous kids from their families and place them in foster or adoptive care outside their communities.

When Congress passed ICWA in 1978, studies showed that state child welfare agencies and private adoption companies were taking between 25% and 35% of Native kids from their families. And 85% of those children were placed with non-Indigenous families.

Native families are still four times as likely as white families to have kids removed from their homes, according to the National Indian Child Welfare Association. 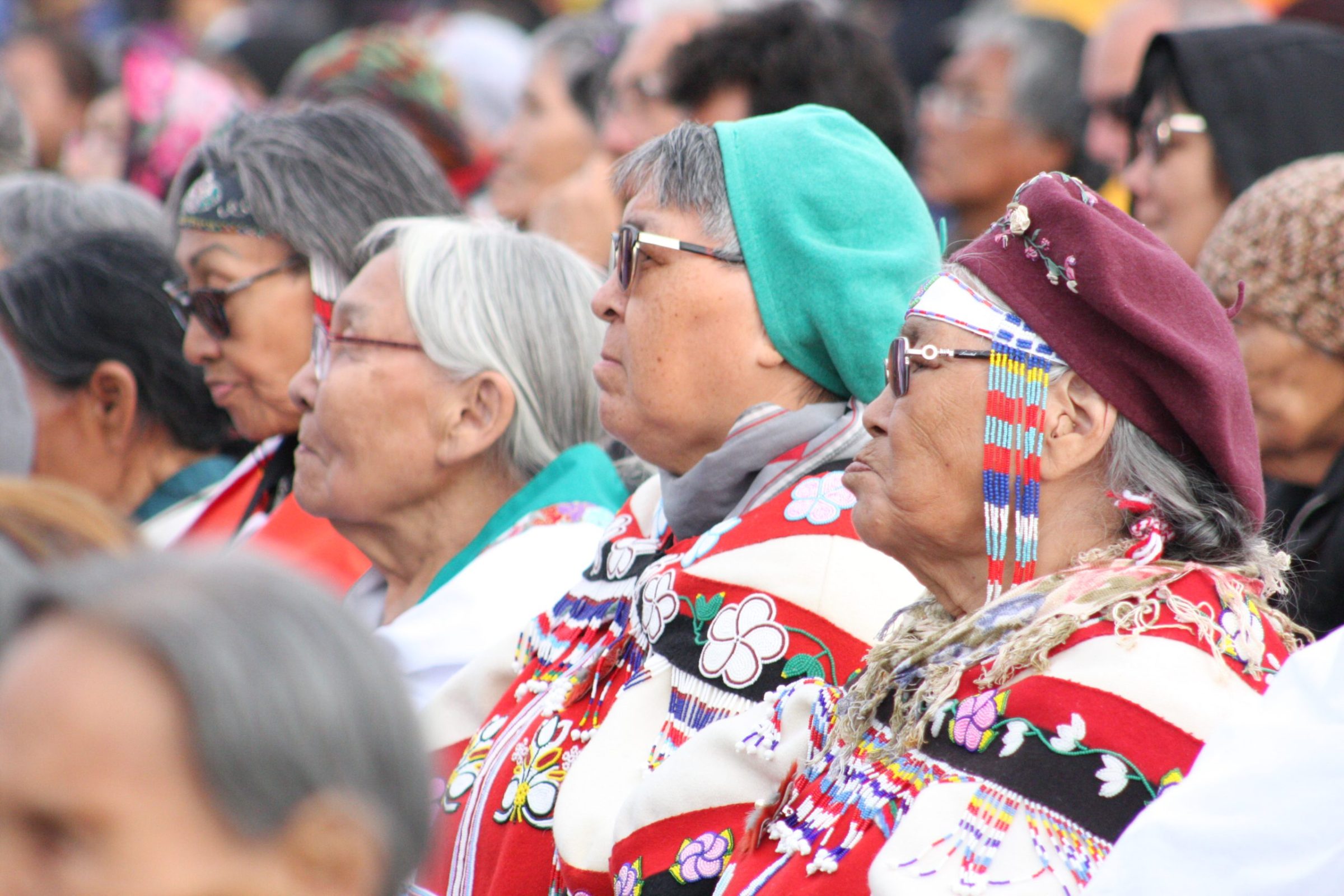 Martha Aupaluktuq-Hickes, left with green hat, and her mother Nancy Aupaluktuq, right, listen to Pope Francis during his visit to Iqaluit on July 29. Seven of Nancy’s eight children, including Martha, are survivors of Canada’s residential school system (Photo by Corey Larocque)

Newsmaker of 2022: The residential school survivors