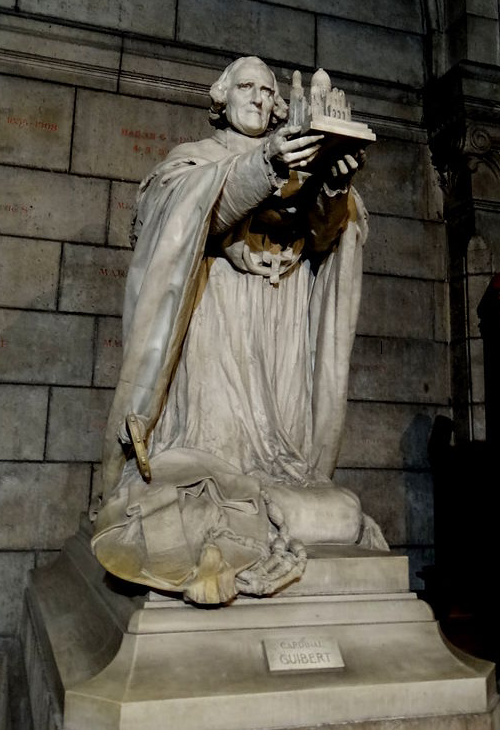 (WHO RAN THESE RESIDENTIAL BOARDING SCHOOLS?? It is important to remember that early Church missionaries were actively raising money to run schools to educate savages and ultimately kill children in the process. The Oblates are still in business!  TLH)

Like his uncle, the bishop of St Albert (Alta), Henri Grandin attended the Petit Séminaire de Précigné and the Grand Séminaire du Mans. On the occasion of the Oblates’ general chapter in France in 1873, Bishop Grandin spoke at the seminary attended by his nephew and persuaded the young man to accompany him to Canada. After his arrival the following year, Henri attended the noviciate of Notre-Dame-des-Anges at Lachine, Que., and he made his perpetual profession of faith on 27 May 1875. He then journeyed to St Albert, where he was ordained by his uncle on 30 November. The young priest celebrated his first mass the following day and his first high mass on 5 December.

Henri Grandin was immediately placed in charge of the minor seminary established by Bishop Grandin in St Albert; he also taught there. As an administrator, he demonstrated qualities that soon ensured his appointment to positions entailing more responsibility. In 1880 he was made superior of the Lac Ste Anne mission, where he provided instruction to novices who were completing their theological studies prior to ordination. Three years later he was appointed the first resident priest in Fort Edmonton (Edmonton) and curate of St Joachim’s parish. In 1889 he became superior of the Lac la Biche mission, which had been transferred from Bishop Grandin’s jurisdiction to that of Bishop Henri Faraud* of Athabasca-Mackenzie. The status of the mission had been a constant source of controversy between the two bishops, and Henri Grandin was sent there to ensure that the interests of the diocese of St Albert were protected when Faraud relinquished control. In 1897 he was named superior of the Saddle Lake district, and he later became temporary curate of Saint-Paul-des-Métis (St Paul, Alta), where he built a new church. He returned to Lac la Biche as superior for the years 1903–5.

In the latter year Bishop Émile-Joseph Legal* of St Albert decided that the Oblates serving in his diocese should have their own organization, distinct from that of the diocese, and he asked to be replaced as vicar of missions, that is, superior of all the Oblates in the diocese. Consequently, on 8 Sept. 1905 Grandin was appointed to this position. The following year, Bishop Albert Pascal of Saskatchewan also asked to be relieved of his responsibilities as vicar of missions, and Grandin assumed charge as well of the Oblates serving in the vicariate apostolic (soon to be the diocese of Prince Albert). When the Oblate province of Alberta-Saskatchewan was created in 1921, he would be appointed provincial.

As Oblate superior, Henri Grandin was responsible for, among other things, recruiting and preparing new members. To this end, he inaugurated the Juniorat de Saint-Jean l’Évangéliste in Pincher Creek, Alta, in 1908; two years later this institution was moved to Edmonton. He was also instrumental in establishing the Scholasticat de Marie-Immaculée in Edmonton in 1917 to enable western candidates for the priesthood to study in the west, rather than have to complete their theological and philosophical studies in Ottawa. Grandin had to deal with John Thomas McNally*, bishop of Calgary from 1913, who felt that there were too many French orders in his diocese. As part of his solution to what he regarded as the legacy of a “dead and useless past,” McNally ordered the Oblates to vacate their parish in his episcopal city and St Patrick’s parish in Lethbridge. The question of ethnicity also involved Grandin and McNally in a controversy over St Joseph’s Industrial School for native students at Dunbow, which was having serious problems attracting and retaining pupils from southern Alberta.

The school was under the jurisdiction of the Oblates, and McNally alleged that it was not being properly conducted because none of the staff was English-speaking or competent to teach that language.

For his part, Grandin argued that some of the institution’s problems resulted from the fact that the Department of Indian Affairs and its agents were not assisting the Oblates with recruitment. He would not bow to pressure from McNally to close the school, and he informed the bishop that he alone would have to make the decision as to the institution’s future.

In his capacity as religious superior, Grandin devoted much time and energy to overseeing the efficient management of the Indian residential schools administered by the Oblates. He was aware of the necessity of maintaining harmonious relations between the missionaries attached to these institutions and the female religious communities who performed certain functions in the schools.

As a missionary and an administrator, Grandin was also concerned with the welfare of the native populations served by the Oblates. He made representations to the federal authorities for the services of a doctor to treat the Indians and asked that the Oblates be provided with medicines and instructions on how to dispense them.

In his report to the general chapter in 1908, Grandin expressed the fear that the native population in his vicariate was on the verge of extinction as a result of epidemics and diseases.

He was supportive of continuing the Oblate ministry among the Métis, even when their economic and spiritual welfare declined as a result of contact with whites.

In the last years of his life Henri Grandin suffered ill health, and in January 1923 he returned to France to seek medical attention. He died in Paris after undergoing surgery and was buried in the Oblate vault in Montmartre. A skilled administrator, as evidenced by his many years as religious superior, he had also demonstrated a keen interest in education. Grandin was a warm and generous individual, and his personal charm endeared him to everyone who knew him. Unfortunately, he remains relatively unknown and his contribution largely ignored because he has been eclipsed by both his uncle and the legendary Albert Lacombe*.