Where are the Indigenous children that never came home? 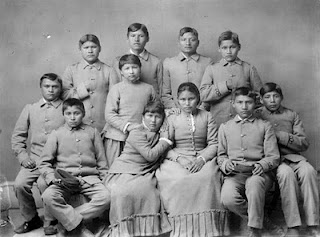 An untold number of students at Carlisle Indian School disappeared. Tribal nations raise the stakes in search of answers.

This story was done in collaboration with
The Intercept.

When Yufna Soldier Wolf was a kid, she was made well aware of why her family members only spoke English, and why they dressed the way they did. Her grandfather and other elders used to recount their experiences at boarding schools, where the government sent hundreds of thousands of Indigenous children, from nearly every Indigenous nation within U.S. borders, to unlearn their languages and cultures. “A lot of them were physically abused, verbally abused, sexually abused,” she said.

Reprinted and shared with permission.