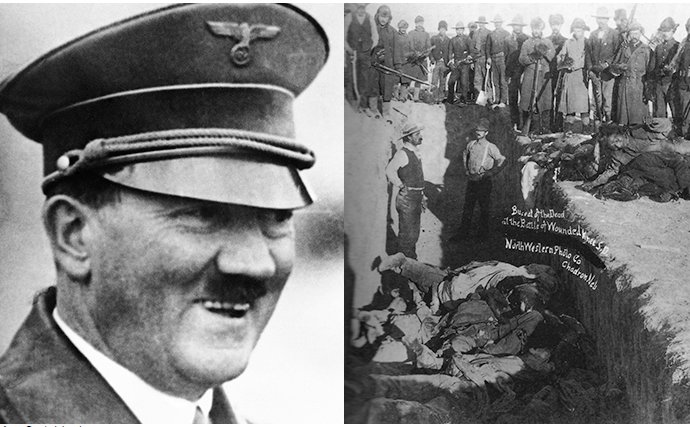 As a reservation NDN descended from exiles who went to war against the U.S. Government, I've been under surveillance by the Feds my entire life. I was born at an old military fort on tribal land: Fort Yates, North Dakota, on the Standing Rock Sioux Reservation. I grew up around other old military forts on reservations that were formerly prison camps. Fort Sisseton, South Dakota, on the Lake Traverse Reservation. Fort Totten, North Dakota, on the Spirit Lake Nation Reservation. It’s funny what a child is able to normalize. Until I went off to college, I never realized the depth and breadth of how unusual my upbringing was from the typical American youth. Sure, I watched Saved By the Bell, but I had no idea that the national park I played at was named for a man, General Sully, who slaughtered hundreds of innocent, unarmed Dakota and Lakota men, women and children in a little known ambush called Whitestone Hill. In a fury of bloodthirsty hatred, the soldiers even killed my ancestors’ dogs and horses, and burned their winter rations.

The military installations that surrounded us were not put in place to protect or assist my ancestors. They were put there to contain us. The U.S. Government and its agents massacred and imprisoned my People. We were enemies of the state. Thanks to corrupt government officials who withheld treaty promised rations, my ancestors were starving and forced to fight for their survival in the Minnesota Uprising of 1862, also known as The Dakota Conflict. At its end, 38 of our warriors were hung in Mankato under orders from Abraham Lincoln, everyone’s favorite President, in the largest mass execution in U.S. history. We were outlawed from our own Minnesota homelands. Governor Ramsey placed a bounty on our scalps, our "red skin." Some of us were shipped off to prison in Iowa, where soldiers forced Dakota men to watch as they raped their wives, sisters and daughters. Some were marched naked through the snow to Crow Creek, South Dakota. Others ran to Sitting Bull for protection, or escaped to Canada.

Outsiders read these stories at a comfortable distance. To me, history is alive. These people are my grandmothers and grandfathers. Genocide is personal. It’s my story and the story of every Native.
My great great grandfather was hauled off to an asylum for being disobedient (a bad NDN). He died there, from a ‘head wound.’ They stole my father away to boarding school when he was only 4. He was still nursing at his mother’s breast. These actions have had a profound effect on my family and oh boy, does the government know my family well. Like other Rez NDNs, the government keeps thorough records of my bloodlines' births, deaths, land holdings, and whereabouts. They know our genealogy better than we do. Like the Jews during the holocaust, I am assigned a number. It will follow me my entire life.

I went away to school and studied their laws as well. I know the history of lies and deceit; the trail of broken treaties left behind. I know the destruction of our lifeways continues to this day, as I see my relatives struggle in abject poverty, which has manifested within our communities as a direct result of the Federal government's actions and inaction. I've seen the oil spills on tribal lands that are never cleaned up. I've witnessed Federal agencies hamstringing Tribes so they're unable to actualize economic development, provide adequate health care, foster care and law enforcement, yet it is the Tribal leadership who is called into question during congressional hearings. Our suffering is not for show. If justice is real, Congress should indict itself.

The NDN knows their games. We’ve watched politicians fly in and out of our territories for photo ops during election season only to disappear once it’s over. We’ve seen the insidious workings of governmental organizations like COINTELPRO, who labored tirelessly to tear down Red Power and the American Indian Movement. Leonard Peltier, a Native political prisoner, fellow Dakota, and elder, remains behind bars despite calls from Nelson Mandela and many others, for his release. We see the black cars and agents at protests today.

I cannot shut my eyes to these things. I cannot forget the theft of our lands and resources, and the ongoing destruction of Mother Earth perpetrated by government-protected corporations, or how they removed us from our hunting grounds and natural, healthy gathering places where food was medicine, and replaced it with poison that gives my People diabetes and cancer. I will not forget how they outlawed our sacred ceremonies, kidnapped our children to ‘kill the Indian, save the man,’ nor the young women on Reservation lands who’ve appeared before me in tribal court, scared for their lives against non-Native women beaters who continue to be protected by loopholes in federal law and more empty promises yet to be implemented.

So forgive me if I don't trust the government. Pardon me if I choose not to get into bed with the establishment that committed genocide against my People and continues to commit it here and abroad against other Indigenous Nations to this day. There is something in us that they do not have and that they greatly fear. I, for one, will never surrender.