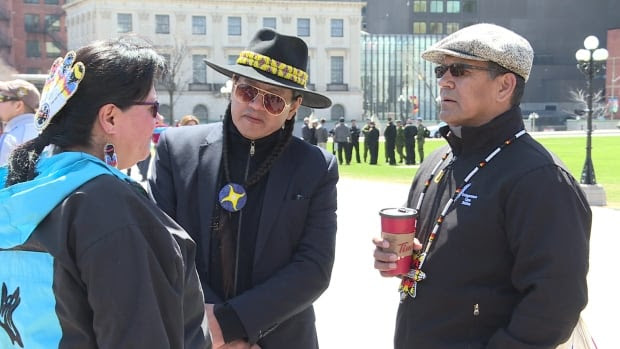 Indigenous people who were adopted during the Sixties Scoop rallied on Parliament Hill Friday in solidarity with other adoptees across Canada, and to put pressure on the federal government to reform the Indigenous child welfare system.
"We are here to celebrate our survival of the child welfare (system), and to raise those issues," said organizer Duane Morrisseau-Beck. "The message to those survivors is that you're not alone, and that we're really working hard to find some answers."
From the 1960s to the 1980s, an estimated 20,000 Indigenous children were removed from their families and placed with non-Indigenous families — often far from their home communities — during what's known as the Sixties Scoop. 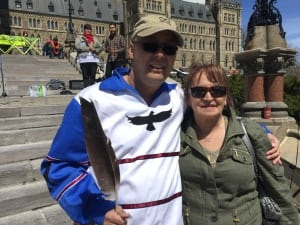 Morrisseau-Beck was apprehended by child welfare authorities in Manitoba at birth in 1968. In 1977 he reconnected with his birth mother, Geraldine Beck, who joined him at the Ottawa rally.
"It's almost like I was away for a long time, and then I returned home," he said. "It was a seamless process, it just took time to get to know who I was and who my community is, and just sort of go through that validation. And some days I continue to do that."
KEEP READING