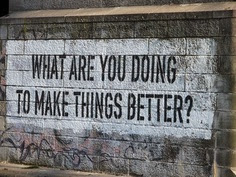 BETHEL, AK – The announcement of A.D., et al. v. Washburn by the conservative group known as the Goldwater Institute comes with a bitter deja vu of “haven’t we heard this before?”  I’ve got a few things that I can say are wrong with the pleadings filed by Goldwater on behalf of minor American Indian children, “next friend,” and potential adoptive parents. Mostly, however, I’ve got even more to say on the one-sided EPIC report they have produced to coincide with their summation that ICWA should be declared unconstitutional.
First of all, the report does its purpose for Goldwater regardless of the medical and psychological research that exists and documents the loss of cultural identity and historical trauma that American Indian children have been victims of for centuries. The report also fails to point any blame at even the beginnings of Indian to federal government (i.e. “founding fathers”) relationships and what they are based upon. The truth of the harms of the Doctrine of Discovery is avoided again and the convoluted desire to have an American Indian child at the center of arguments of white conservatives is the Hail Mary of what Justice Scalia coined as “jiggery-pokery” in the recent SCOTUS decision on same-sex marriage. (Not that I would support his use of the term or dissenting opinion, of course.) It just doesn’t surprise me that the Goldwater Institute has invested time and money into a campaign to smear a federal law that undoes what historical trauma to American Indians has done for centuries in one fell swoop of a few isolated wins against ICWA.
The report begins with unmistakably sad stories of failures within American Indian communities across America where ICWA, they allege, did not protect the child. What Goldwater Institute fails to do, however, is focus on why some children are not connected to their tribal affiliation more than when they reach an ICWA stage. What they fail to point out is the overwhelming questions like: what were the incidences that led to those people being isolated from their cultural communities? The answer in most cases is because, somewhere in their lineage, someone was removed from their cultural communities and placed either in a non-Indian home, or in a boarding school. Both situations are damaging for a number of historically traumatic reasons told in stories over and over by our ancestors.

There are two reasons I support ICWA: my oldest son and my youngest son. First, my oldest son was born at a time in my life when I was a precarious young woman who was unsettled and seeking self-identity. I went from being a Catholic to a bible-banging Christian to a Buddhist and it was not until 1999, twelve years after my oldest son was born and adopted by his biological grandparents that I was able to find my spirituality and return to a circle that had been broken by cycles of Catholic influence of my ancestors. My son was nearly adopted by a white family but, thanks to ICWA, the adoption met the family exception and he was adopted by his father’s grandparents, who agreed to keep the adoption open and allowed me to see him. Today, we have a wonderful relationship and he and his beautiful girlfriend are about to give me my third grandson. As an adult, my son sought out his American Indian heritage and came to live with me, my other two children and my husband. I thank ICWA to this day for allowing me to open my eyes to allowing his grandparents to adopt him because they raised him to be a respectful young man.

The second reason I support ICWA is because my youngest son was adopted by my husband and I in 2005. He came to us through an ICWA relative placement and is the light of our life daily. My husband is a kind, caring, loving father and I would have never been able to see that side of him without ICWA giving us the gift of my son through the relative placement requirements of ICWA. In fact, his brother and sister were adopted by my sister, so ICWA has touched many of my family’s lives and has allowed these three children to be raised in our cultural family nucleus. If it were not for ICWA, the relative would not have approached us for early placement of the children, and, without going into detail, my young son could possibly not even be alive today. So, I defend ICWA against its attack and always will. My husband, in fact, wrote a song in gratitude of ICWA. He is a non-Indian (Hungarian) and our son knows his heritage. He knows he is American Indian and can be Hungarian when he wants to be, or Irish, or French, but most of all, he knows that he is safe and loved in his home by his mother and father.

The Association of Village Council Presidents in Alaska represents 56 tribes and villages in the Yukon-Kuskokwim Delta Region (“Y-K Delta”). The newly-developed South West Region of Alaska shows, in the University of Alaska Anchorage Institute of Social and Economic Research’s report titled “Trends in Age, Gender, and Ethnicity Among Children in Foster Care in Alaska,” that for every 1000 of children in general population, 20 Alaska Native children will end up in foster care, which is more than double the rate of any other region in Alaska. The Y-K Delta has several remote villages and the Office of Children Services for Alaska is deeply involved in the placement of children out of their communities due to the lack of (1) American Indian foster homes in the region and (2) lack of kinship foster care funding for family placements, unlike other states. Although other reasons exist, the quick judgment of removal of a child takes place far more often than in other areas of the United States versus the cost of making a “good faith effort” to place the child in an American Indian home as required by ICWA. These statistics and the removal from communities only exacerbate the loss of cultural identity and increase the stigma of historical trauma on the children.

These are the reasons that ICWA is so important to American Indian children. There are some sad casualties, but in any foster care system, whether the children are American Indian or not, there are casualties and all agencies need to strive for a no-casualty goal to preserve the health and welfare of children, regardless of race or ethnicity, or, yes, even political status. The fix to those problems, however, is not to abolish the Indian Child Welfare Act and not to exploit the misfortunes of failed systems and failure stories. These facts and statistics, Goldwater Institute, is not “pure applesauce.”
Here are the lyrics to the song written by my husband, Stuart Rieke: