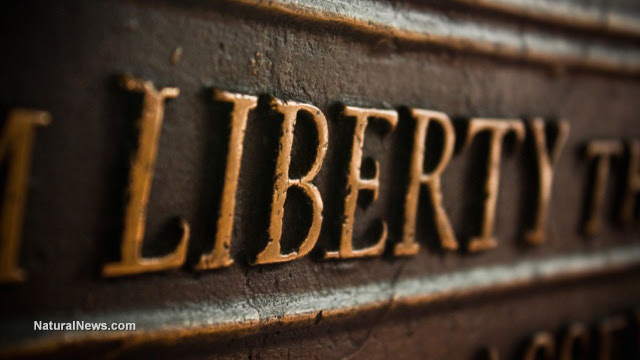 (NaturalNews) Residents of nine states who attempt to use their driver's license to enter some government agency offices will be denied, because their legislatures have not agreed to accept a federal law called REAL ID. In fact, according to The Boston Globe, if those states do not accept the law, residents will also eventually lose their ability to use driver's licenses to board commercial flights.

The paper reported that the federal REAL ID essentially forces compliance by states to ensure citizenship verification and to update their security standards when they issue driver's licenses. Lawmakers in D.C. initially believed that the law would deter terrorists who make it into the country illegally from being able to board flights.

However, officials in the nine states have chosen to forego the program because of a number of factors: It costs millions, there are privacy concerns, and the law violates the 10th Amendment by impinging on states' rights.

The Globe said states that did not accept the REAL ID are not penalized -- directly -- but their citizens suffer. Some of the law's restrictions began in late July.

"It was bizarre, and then I really felt embarrassed," Susan Podziba, who was prevented from entering a federal building near Washington, D.C., told the Globe. "It was like wow, I am a US citizen and suddenly my Massachusetts ID isn't good enough?"

Her state is one of the nine that has not accepted the REAL ID; because of that, she was forced to conduct a high-level meeting in a cafeteria outside the security gate.

Governor Deval Patrick's office referred questions to the Massachusetts Department of Transportation. Cyndi Roy Gonzalez, an agency spokeswoman, said the state has applied for an extension to give it enough time to meet the law's requirements.

"DHS is asking the states to do something radically different with their licensing systems," she told the paper, without elaborating on the delay. "We want to make sure we do it right and do it well."

In order for Massachusetts to comply with REAL ID, the state has to meet a series of benchmarks when issuing driver's licenses -- checking a person's legal status, securing images and doing background checks on employees who have access to sensitive materials. The law ostensibly aims to boost security and prevent fraud.

Passed in 2005, the Department of Homeland Security put off its implementation for a number of years but began gradually implementing it in April of this year. Phase two began in July.

The Globe said that 20 states had received extensions; 21 are considered to be in compliance. Three others have not made the required changes but will issue special licenses that citizens can use.

Since July, when the second phase took effect, it has been unclear how many Americans it affects or how many federal facilities are strictly enforcing it. The REAL ID law has varied effects; for instance, tourists can still gain access to Smithsonian museums and defendants can get into courtrooms for appearances.

But Americans who live in states that do not participate in REAL ID and who don't have other acceptable identification will not be able to visit the White House by next year; they won't be able to board commercial planes by 2016.

"It's an entirely foreseeable result of Massachusetts' failure to comply with a federal law," Republican Sen. Bruce Tarr, Massachusett's Senate minority leader, told the Globe, adding that he has inquired of the Patrick Administration about compliance but has gotten "very little response" thus far.

"The only thing you could speculate is that somehow compliance with REAL ID would thwart the administration's attempt to give driver's licenses to those who aren't here legally," he said.

But what the law represents is yet another method by which the federal government blackmails states into complying with its edicts. While there is no penalty for non-compliance, per se, obviously the law punishes citizens nonetheless.

It's just another way that the federal leviathan seeks to control rather than serve.

"For any American citizen, they should find this whole program completely laughable and ridiculous," Maine Secretary of State Matthew Dunlap told the Globe.

Critics call REAL ID the "national ID" that privacy advocates have long feared. And for anyone keeping score about which of the political parties have most usurped constitutional rights in recent years, REAL ID was passed during the Bush Administration, when Republicans controlled both chambers of Congress and the White House.

I'll be posting more on this topic soon - as it concerns adoptees who have fake birth certificates...  Leland Morrill has been working on this nightmare issue for adoptees a long time... Lara/Trace