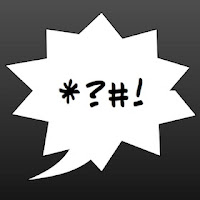 WTF? Does it really go that high up the food chain?

BLOG.AMYADOPTEE.COM published "WTF? Does it really go that high up the food chain?" on 11/15/2011 written by Amy Adoptee.


I have been paying attention to the "child molestation charges against Sandusky" news. I want to try and steer the negative implications away from the university, Penn State. The entire school isn't bad. Their athletic department leaves much to be desired. My concerns, however, have always been with The Second Mile charity established by Jerry Sandusky. They are a foster care type of agency that allowed a pedophile run amok with the children charged in their care. Sandusky and his wife even adopted a child from that agency. I find it hard to believe that no red flags came up at all. Ironically even the Westboro Baptist Church got it right this time.

Let's look at the characters involved in this melodrama. Sandusky is of course the disgusting perp in this mess. Paterno is the coach. McQueary is the grad student who saw Sandusky getting his kicks with a young boy. Tim Curley and Gary Schultz supposedly covered it up. Graham Spanier was President of the university at the time all of this happened. Jim Calhoun was another witness that has "dementia." Wendell Courtney worked as counsel for both the university and The Second Mile charity (DING DING DING).

Ironically the charity is now being represented by the former Philadelphia district attorney, Lynne Abraham to represent them because Wendell Courtney (see above DING DING DING) resigned last week.

Ray Gricar (DING DING DING) went missing and was recently declared dead this past July. However, his disappearance raises questions on a major level as another blogger suggested. Believe me, it entered my brain too. He did not prosecute this case when it could have been stopped but he also did not prosecute a football player, Scott Paxson,for rape either. It could have been for a lack of evidence but also his brother also committed suicide too.

Finally someone at the state level is looking into The Second Mile Charity. The heat brought about the resignation of Jack Raykovitz. The governor of Pennsylvania is a calling for an investigation into the agency. Finally! They need to be investigated fully and totally. Every one of their donors need to be investigated and fully vetted. This agency allowed a pedophile around children who needed protection not more abuse. He is rumored to have even pimped those children to some of the rich donors. Bad thing is that this agency probably had connections in Texas as well as New York.

Interestingly, another article points out a certain judge and her ties to The Second Mile organization. She let Sandusky post a $100,000 unsecured bail when the state was asking for $500,000 at least. He does not have to wear any kind of leg monitor or be monitored at all. She donated to The Second Mile Program and even participated in its events. Geez, I think that is a conflict of interest there, sweetie! According to news articles, she is now being investigated by the Pennsylvania Supreme Court to see if her capabilities as a judge and her involvement with the Second Mile might force her to recuse herself from the bench.

As far as NBC's interview with Sandusky, he admits to showering with these boys. Excuse me, that is even dangerously close to sexual abuse. I would be uncomfortable if my teacher or someone that I respected did that with me. He even sounds pervy in the interview with that soft voice. EWWWWWWW!

[A 10-year-old child does not initiate sexual contact with an adult - Sandusky is a pedophile, despite what he said this morning on NBC ...Trace]