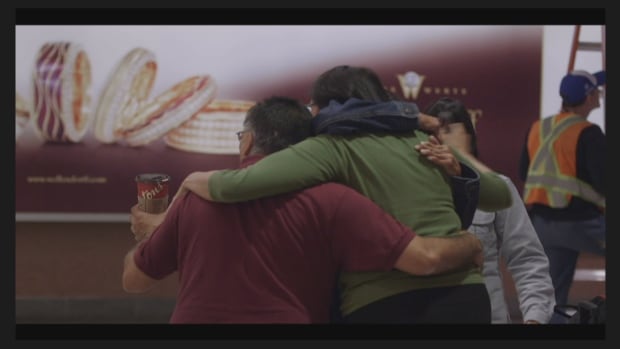 A film sharing the story of three sisters and a brother trying to rebuild their family after it was torn apart during the Sixties Scoop was shown at the University of Windsor Thursday night.
Birth of a Family was the fifth and final movie screened during the Wide Awake series put on by the university's Aboriginal Education Centre in partnership with the Arts Council Windsor and Region.


It follows the journey of Betty Ann, Esther, Rosalie and Ben, who were adopted as infants into different families across North America and are just meeting again for the first time.

"I think that the policies in place were very systematic in how they were targeting First Nations people," said Kathryn Pasquach, the Aboriginal Outreach and Retention Coordinator for the university. "It was very unfortunate that the cultural importance and the belief system that Indigenous people hold were not valued."

"I think just being a citizen of Canada — a citizen of the world — it's important to know the ground you walk on and I'm just doing my due diligence with that," he said.
Ostoro Petathegoose is an Indigenous woman who attended all of the screenings.
"I grew up with a lot of anti-Indigenous racism in my life and I have found when talking to a lot of people they are not educated on the history of Indigenous peoples in this country," she explained. "So I feel that movies like this are really relevant and people should be seeing movies like this."
The education centre hopes to run a similar series of films next year.