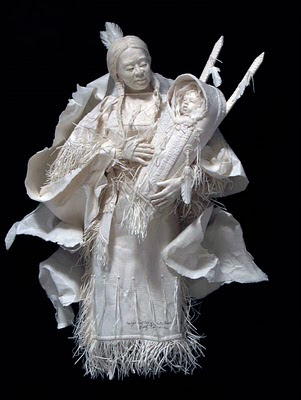 Watching clips of today’s episode (10-18-12) of Dr. Phil, watching those teary adoptive parents show their anger, outrage and despair over losing their babies because of some (ridiculous) (unjust) Indian Child Welfare Act, I knew right away this was going to be a one-sided show touting the benefits of adoption, even if they had a few Indian experts on the show, too.
Dr. Phil was obviously not allowing enough time to teach about ICWA and the wholesale removal of Indian Children in Canada and America, ethnic cleansing via non-Indian adoptions, or explaining why Indian children are called Stolen Generations.

Until I wrote my memoir, I couldn’t find much information in one place and had to dig pretty deep. That’s another reason why I wrote two books hoping it will counter such ignorance and this Hollywood-ized adoption propaganda that still dominates TV.
As I watched, it was obvious how young adoptees being Indian citizens didn’t really matter to the non-Indians parents who adopted them.  All they really cared about is keeping them.

If these Americans had any knowledge of the Indian Child Welfare Act, the testimony of Indian leaders in 1976, or the history of America’s neglect of Indians (poverty, starvation and concentration camps called Indian reservations), and the legal theft of thousands of children, maybe then we’d stand a chance going on TV or entering the public courts. Maybe then America might catch a glimpse what 100+ years of theft of tribal children looks like.
Facing down teary adoptive parents who expect praise, not condemnation, we Indians are very familiar with their race-based judgments. Indians went direct to the Senate to get ICWA.  Indians won’t win any debates on public TV in three-minute segments. Our history on this topic alone could fill several library collections.

Can you see how not telling prospective parents about ICWA is working out in 2012?  Can you see how the lack of Indian history can fuel ignorance and inflame racism in America? Can you see how adoption-propaganda still sells the public on how these nice white people only want to raise (and save) these poor little Indian kids?


Doesn't anyone realize children do not choose to be taken from their natural parents and tribe?
Oh - they also rolled out how some of these kids are part-Indians. There is no such thing as part-Indian. Which part, a foot? A finger? Blood is blood. That is the “racist construct” Indians hear all the time - blood this, blood that. It’s getting old….

Had these adopters ever met an adult Indian? Not likely. It’s like these adopters believe there is nothing greater than being American. In their minds, it's better to adopt these Indian kids and transform them into Americans? Really? (I was thinking of Tim Wise and his lectures on white privilege.)
The tribal judge/lawyer stated 30% of all children were removed and abducted. Dr. Phil, no expert on Indian history, jumped on the word “abducted” and quickly joins with the chorus of adopters with “what’s in the best interest of the child" and allow these nice people to keep their kids - and how it’s actually selfish for a tribe to want to keep their own citizens. (This show was not good for my blood pressure.)

Indian Children adopted as infants will not be able to explain the importance of blood, culture and connecting with their tribal relatives. As they grow up and see they are different in their white neighborhoods, and feel like they don’t belong there, then the truth will really matter. It will matter when the child meets other Indians and doesn’t know who he or she is or which tribe or clan.
Knowing who you are matters. Ask anyone in my new anthology “Two Worlds.” Ask them how much they wanted to find their first families and tribes.


Dr. Phil, are you ready to meet some adult American Indian adoptees?

[Join the boycott of Dr. Phil on Facebook: (They hope to get 1,000 LIKES)https://www.facebook.com/BoycottTheAntiNativeAmericanDrPhilShow]