November is Adoption BEWARE-ness Month (and $1.44 billion in profits) 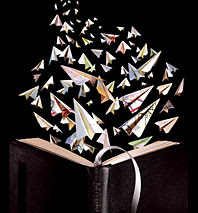 As an editor-author, I collected numerous articles concering adoption and plan to share some of the most shocking ones in my files... like this:

November became National Adoption Awareness Month in 1990.  Although “the particular focus of this month is the adoption of children currently in foster care,” November is generally a media-hyped month of various activities, celebrations, and heartwarming stories about all adoptions.

Americans will be subjected to a wide variety of propaganda, both local and nationwide, promoting the wonders of adoption. This has the cumulative effect of convincing the public that adoption is a great win-win, “loving option.” Billboards and television ads, designed to convince a young woman to have her baby and “help build a family,” will feed the supply of babies by enticing vulnerable women to find their way to any one of the thousands of unregulated agencies in this country.

Truth in advertising does not carry over to adoption. What will not be advertised and promoted are the risks and long-term ramifications for both the surrendering mother and her child who is targeted for adoption. The real facts of adoption surrender often result in a decreased supply of babies as mothers learn that it is not a “win win” solution as publicized. Agencies and “professionals” who benefit monetarily do not want the dark sides of adoption to be known. They fight hard to keep those sad facts under lock and key.

Evidence, both anecdotal and scientifically researched, has show that adoption is not nearly as perfect as it is promoted.

“Relinquishers perceive adoption as a lifelong process, and their lives are profoundly changed by the loss of the child (Davis, 1994; Lauderdale & Boyle, 1994).


“A variety of long-term responses to the process of relinquishment have been found to result from the prolongation of the grief reaction. These long-term responses include psychological, physical, and relational problems (Davis, 1994; Tennyson, 1988).”

“The relinquishment experience also influences the woman’s overall health. If the intense grief reaction becomes prolonged, it may manifest itself in psychosomatic complaints as well as secondary illness (Blanton & Deschner, 1990; Condon, 1986).

Also ignored by the agencies is the reality of “open adoption.” Only 22 of fifty states in America recognize open adoption agreements, but failure of the adoptive parents to comply with the agreement is not legally enforceable by the surrendering mother.

David Kirschner, Ph.D., in his book, Adoption: Uncharted Waters, states that “adoptees are 15 times more likely to commit parricide than non-adoptees.” [Parricide is defined as "the act of murdering one's parent or close relative."]

In addition, agency websites do not mention The Primal Wound by Nancy Verrier (1993) which discusses of the feelings of loss experienced by many adoptees.

As the single largest unregulated industry in the United States, adoption is viewed as a benevolent action that results in the formation of “forever families.”

The truth is that it is a very lucrative business with a known sales pitch. With profits last estimated at over $1.44 billion dollars a year, mothers who consider adoption for their babies need to be very aware that all of this promotion clouds the facts and only though independent research can they get an accurate account of what life might be like for both them and their child after signing the adoption paperwork.

We say to these mothers, “Please don’t believe the hype. They only want your baby. BEWARE!!”

Editor Note: I recently ordered the book Adoption: Unchartered Waters and will provide a review of his material eventually on this blog.