TIFF: ‘Bones of Crows’ conveys so much pain… and joy in spite of it 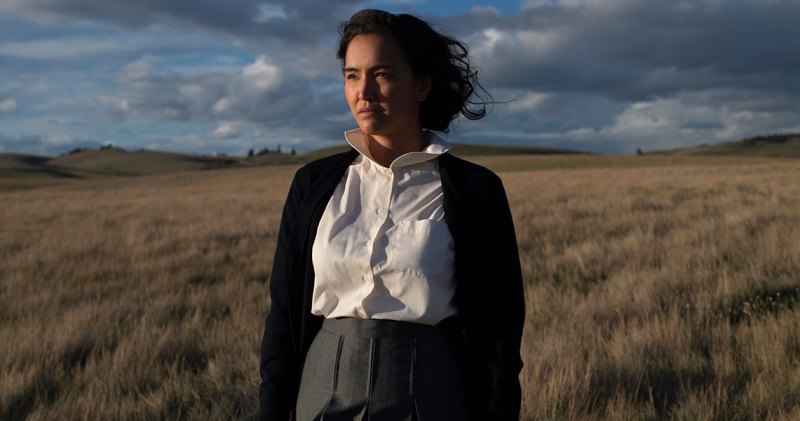 A scene from 'Bones of Crows' courtesy of TIFF

‘Bones of Crows’ is an emotional account of the intergenerational trauma caused by the Canadian residential school system.

The Canadian history taught in school is a whitewashed version of the truth, omitting much of the country’s sordid relations with its Indigenous populations, which have continued to have negative effects to this day. The last few years have brought appalling revelations that had been covered up and ignored for so long. After years of silence and denial, the government formed The Truth and Reconciliation Commission, providing an avenue for those directly and indirectly affected by the legacy of the Indian Residential Schools system to share their stories and experiences. Bones of Crows is a fictional account of one woman’s life before, during and after being forcibly placed in the system.

Born in the 1920s to a large and happy family, Aline Spears (Grace Dove) and her three siblings were taken from their parents under threat of prison and sent to residential schools. There, they were subjected to horrific physical, emotional and sexual abuse at the hands of the priests and nuns who oversaw their education. As a teen, Aline enlists in the military, where she meets her husband, Adam (Phillip Lewitski), and is eventually recruited for a special operation that uses Cree to transmit secret messages during World War II. After the war, they return to Canada to raise their children. But she is haunted by the years of cruelty she endured, only finally able to confront her abusers in her ‘80s.

There are news stories, a day of reflection and professional sensitivity training, but they don’t capture the impact and scars of this institution of abuse as well as a film is able. The narrative does an exceptional job interweaving so many experiences, traumas and repercussions into a single movie. It highlights the anguish of families forcibly separated, in many cases permanently; the degradation spewed by the clergy who view their charges as less than human; the punishment for any miniscule attempt to maintain the culture and language the schools were meant to eradicate; the widespread abuse and intentional neglect as superiors boast about keeping the children in a state of malnutrition during their own feasts; the countless deaths due to disease and mistreatment; the sexual assaults that steal their innocence and fill their nightmares; the substance abuse to hide from the pain of their memories; the suicides when the hurt becomes too much; and so much more. It also touches upon the numerous unsolved deaths and disappearances of Indigenous women and girls in Canada.

Nevertheless, it’s also a story of joy, strength and triumph, both fleeting and lifelong. As a child, Aline enjoyed sing-alongs and family meals. She and Adam shared a lot of love, which produced equally loved children who grow up to have successful careers and their own children. Aline engages her love of music by playing the piano and passes the skill on to her granddaughter. One must savour the good through the bad and the movie strives to capture both, revelling in the joys and not cowering from the sorrows. This is the story of one family, but it represents the tale of thousands of Indigenous people across the country, giving voice and audience to their lived experiences.

Bones of Crows had its world premiere in the Discovery programme at the Toronto International Film Festival.

Read other reviews from the festival.