“For Indian country, it is maybe one of the most important cases that has ever gone before the Supreme Court” | The case that seeks to strike down the Indian Child Welfare Act is about colonialism

The Supreme Court heard a dispute over a longstanding federal law that gives preference to Native American families and tribes over non-Native couples when deciding where to place Native children in custody proceedings.

“It is a sleeper case,” said Mary Kathryn Nagle, a Native rights attorney who filed an amicus brief in the case. “For Indian country, it is maybe one of the most important cases that has ever gone before the Supreme Court.”

The dispute tees up questions about whether the Indian Child Welfare Act (ICWA) unlawfully imposes race-based preferences when placing Native children, and if the law amounts to excessive federal overreach into state adoption policy.

The case plays out against the uniquely troubling history of mistreatment suffered by the country’s Indigenous population, including the once-common practice of separating Native American children from their families and tribes, which the ICWA was designed to combat.

The Supreme Court looked very different when it last confronted a major ICWA question in 2013 and counted the late Justices Antonin Scalia and Ruth Bader Ginsburg among its members. Although the court now has a solid 6-3 conservative majority, some court watchers believe the current ICWA case could produce a split among the court’s conservatives.

The complex dispute to be heard Wednesday began when three white couples who sought to adopt Indian children sued the federal government over ICWA. Later, additional plaintiffs including the state of Texas joined the case, and several Indian tribes intervened to support ICWA.

Texas and the other challengers claim, among other things, that the law’s provision giving preference to Native American adoptive parents over non-Native parents violates the Equal Protection Clause of the 14th Amendment.

ICWA’s passage arose in response to the frequent separation of Native children from their families and communities by state child welfare and private adoption agencies.

According to research conducted around the time of ICWA’s passage in 1978, around 25 to 35 percent of all Native children were removed from their families and placed either into foster homes or with adoptive families or other institutions. Among Indian children in foster care, roughly 85 percent were in non-Native homes, according to a 1969 survey of 16 states.

“This law was passed against a very disturbing and tragic history of the wholesale removal of Indian children from families to assimilate them into white culture based on prejudice about Indian culture,” said frequent Supreme Court litigator Lisa Blatt at a recent legal forum. Blatt argued the 2013 ICWA case on behalf of a non-Native adoptive couple.

“It started with the Bureau of Indian Affairs putting all these kids in horrendous boarding schools, and then it then transitioned to the ‘60s and ‘70s to state custody removal proceedings,” said Blatt, a partner at the law firm Williams & Connolly.

In practice, ICWA requires that Indian children be placed with members of their extended family or tribe, or other Native American families before outside candidates may be considered.

Ben Kappelman, a partner at the law firm Dorsey & Whitney who has provided pro bono services to a Minnesota Indian tribe in child welfare proceedings, touted the law as a success.

“ICWA, considered the gold standard in child welfare policy, establishes priority for caregivers of Native American children whose parents cannot care for them,” he said.

Supporters of the law say the ugly history that led up to its enactment underscores the enduring need for protections for Indian children and families’ culture.

“ICWA is based on a simple idea: When Indian children can stay with their families and communities, Tribes and children alike are better off,” the tribes wrote in court papers. “By implementing that simple idea, ICWA ‘promotes the stability and security of Indian tribes and families’ and ‘protects the best interests of Indian children.’”

The Justice Department, on behalf of the Biden administration, is arguing in support of ICWA.

The case has the potential to create a split among the court’s conservatives, some experts say. Blatt, of the firm Williams & Connolly, noted that Justice Neil Gorsuch, a Trump appointee, has “consistently ruled” in favor of tribal rights and law.

“I think the assumption is that the United States that’s defending the law with the support of the tribes, has at least four votes, assuming they have Gorsuch’s vote,” she said. “And that leaves the challengers needing to pick up both Justice [Brett] Kavanaugh and Justice [Amy Coney] Barrett.”

A decision in the cases, Haaland v. Brackeen, is expected by summer 2023. 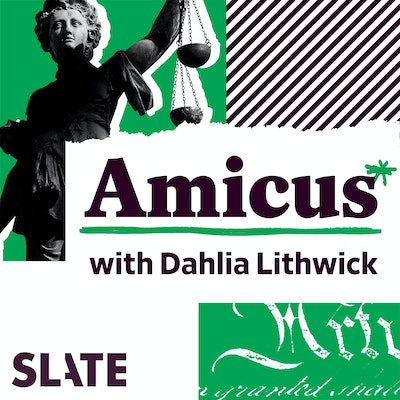 The case that seeks to strike down the Indian Child Welfare Act is about colonialism, not civil rights.