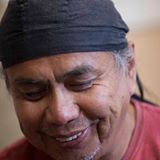 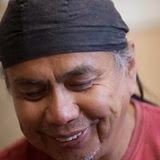 The twentieth century has produced a world of conflicting visions, intense emotions, and unpredictable events, and the opportunities for grasping the substance of life have faded as the pace of activity has increased. Electronic media shuffle us through a myriad of experiences which would have baffled earlier generations and seem to produce in us a strange isolation from the reality of human history. Our heroes fade into mere personality, are consumed and forgotten, and we avidly seek more venues to express our humanity. Reflection is the most difficult of all our activities because we are no longer able to establish relative priorities from the multitude of sensations that engulf us. Times such as these seem to illuminate the classic expressions of eternal truths and great wisdom seems to stand out in the crowd of ordinary maxims... -Vine Deloria Jr. (preface to John Neihardt's book "Black Elk Speaks")

6 At this point Black Elk remarked: "I think we are near that place now, and I am afraid something very bad is going to happen all over the world." He cannot read and knows nothing of world affairs.
Adoption causes RAD and RAD is a more normal reaction to adoption than not. Adoption in western society, especially the transracial adoption of American Indian children was and is an unnecessary and unnatural situation. Historically, the process of taking American Indian children away from families who birth them, love them, view them and understood them as their future causes immense suffering and loss that reverberates and is felt throughout each one of our nations. It broke our sacred hoop keeping the beauty of life just out of arms reach or so it seems.
The destruction didn’t happen overnight of course. Each and every one of these abuses aimed at destroying us was applied incrementally, generation after generation. Each and every one of them has done a pretty good job at what it was intended, and it isn’t over yet. It happened, some of it is still happening, and there isn't a whole lot we can do to stop it at this point. At least, I don't know of anything I can do that will.
This is not the reason I started writing this article, however. To talk endlessly about the things I cannot do or cannot change. The past is the past and there isn’t much we can do about that. Blaming won’t help, blaming ourselves and each other definitely won’t, but by being responsible and holding ourselves and each other accountable for recourse and recovery can.
As depressing as these three articles have all sounded, it was! I now prefer to spend the majority of my time working against the effects it has had on the hearts and minds of our people. So this will be the last I will have to say about all of that.
I’ve been working against the negative effects our past has had on us for the past 35 years or so. Both personally in my own life and the lives of my family members. As well as, professionally and as a volunteer within the American Indian community. Whenever the opportunity arose wherever it was I might have happened to be living at the time. Most recently I was able to offer my programming abroad, as a side job, amongst the folk in Germany, whenever the opportunity would arise.
I started out slowly of course way back then with baby steps. Thirty-five years have gone by and I seem to be walking much better now. On good days I think I might even be able to walk and chew gum. We shall see.
In the next series of blog articles I will be breaking away from the past.
This series I’ll call Recourse and Repatriation, I will touch a little more on Black Elk’s vision and segue into a more personal accounting of my own experience of recourse and recovery from RAD. As well as offer my personal understanding of cultural repatriation and spiritual re-acculturation Lakota style.
I am an American Indian, rightly enough. A card carrying one for all it might mean and for whatever purposes to which it matters. And I was adopted at one time. So be it. None of this has ever changed the facts of what really matters. I am a human being and I belong and so do my people. We belong to Mother Earth right here on this the North American continent. Until next time I wish you all enough. Hau Mitakuye Oyasin!
Part 2
Part 1