Iowan talks about being taken from her Native American family 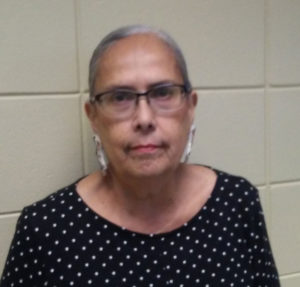 Members of the Siouxland Native American community today took part in the 17th annual march which calls attention to Native American children who were taken from their homes and put up for adoption.
Sandra White Hawk is a child welfare advocate who was one of those children removed from her home. A documentary “Blood Memory”, details what she went through “But its really a story of all of our removals that had happened in Indian Country over time,” she says. “We explore and talk about and show the trauma from being removed and being raised in an all white community.”
White Hawk was 18 months old when she was taken away. “And I was placed in a white missionary home that was very abusive. And and all-white community that was especially difficult to navigate growing up and not having my image reflected to me in any area of the community,” White Hawk says. She says she was so young she couldn’t remember her mother’s voice or what she looked like — but remembers the shock of being taken from her family. “Growing up I had no sense of what it meant to be native — no sense about anything about my identity,” White Hawk says.
White Hawk says the Native American community in the Sioux City has had an incredible impact the removal of children.


“This is not the case across the country,” White Hawk says, “so what we’re seeing is an organized effort to overturn the Indian Child Welfare Act.”

Those who took part in the memorial march shared a meal together at a ceremony at its conclusion.