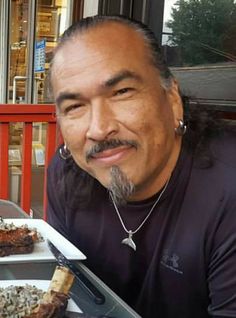 Schweig was born in Inuvik, Northwest Territories. He is of mixed race (Inuvialuk, Chippewa-Dene and German).[2] He is the oldest of seven children, who were all adopted out as part of the Canadian government's failed attempt at forcing Inuit and First Nations children to assimilate into white society. Schweig's biological mother died of alcoholism in 1989. He never met her. "She didn’t drink a drop of alcohol until we were taken away," says Schweig. "We were part of the whole assimilation program—forcibly taken away, although my adoptive parents told me I wasn't."[3] Schweig was adopted at six months of age by an English speaking German-French family.[4] He spent his childhood in Inuvik until he was six, when his family moved to Bermuda. They later moved back to Canada.
"I eventually grew tired of living in a prison without walls and ran away when I was 16. What transpired between then and now has been a roller coaster of alcohol, drugs, violence, failed relationships, despair and confusion. Who am I? Where do I come from? Where is my family? Where do I belong? When life's mystery has been shattered by strangers watching over you, a lot of these questions are lost." [5]
Schweig ran away to Toronto, Ontario, where he supported himself by framing houses. In 1985, he was part of the cast of The Cradle Will Fall, an experimental adaptation of Frank Wedekind's Spring Awakening produced by Theatre of Change at the Actor's Lab; this was his first experience as an actor. In 1987, at twenty years old, he was approached by a producer who suggested he audition for a role in the movie called The Shaman's Source (1990). With little formal education or experience he won the role. The film launched his career in the film industry. (wiki)

The following speech was given by Eric Schweig on February 19, 1999 at the Vancouver Inner City Foster Care Conference. Invited to the conference to share his own experiences and perspectives, Eric was pleased to have the opportunity to speak on a topic close to his heart. The ramifications and issues surrounding interracial/cultural adoption are, for him, much more than a topic. They are the legacy he has been given; they are what has made him who he is ... and who he is not. It is very much the spirit behind his art; certainly the tragic inspiration for his Adoption Masks. To fully appreciate the Inuit Masks, the Adoption Masks, and all else that Eric carves, one must first appreciate the heart & motivation that creates them.
His participation in the conference was a chance to encourage more involvement on the part of the native community, be they extended family or neighbors, in the plight and care of children who desperately need someone to intervene and protect. It was also meant as a plea to replace governmental paternalism with community assistance.

These words are, according to Eric Schweig, his "mission statement."

"We can never go home because the concept of home is lost on us."

Adoption of aboriginal children by Caucasian couples is to me, for lack of a better term 'State Sanctioned Kidnapping.' Too often Euro-American couples are preoccupied with the romantic notion of having a "real live Indian baby" or a "real live Inuit baby" which instantly transforms the child into an object rather than a person. For decades our communities' babies have been unceremoniously wrenched from the hands of their biological parents and subjected to a plethora of abuses. Physical abuse, mental abuse, sexual abuse and a host of others. I have first-hand knowledge of this because I was one of those children. For years my adoptive parents beat me bloody on a regular basis. I've been trapped in rooms naked and beaten with belt buckles, hockey sticks, extension cords, and once with a horsewhip.
I'm not saying this to shock you or to gain pity; I'm just stating fact. I eventually grew tired of living in a prison without walls and ran away when I was 16. What transpired between then and now has been a roller coaster of alcohol, drugs, violence, failed relationships, despair and confusion. Who am I? Where do I come from? Where is my family? Where do I belong? When life's mystery has been shattered by strangers watching over you, a lot of these questions are lost.
There has been some good times as well, regardless, but for reasons that I've just started to understand, there has always been an impending sense of doom that controlled my actions and behavior, but now that I've been clean and sober for 8 months and actually started working on myself I'm beginning to step out of my father's shadow and into the light of day where life isn't so murky or such a struggle.
There are many of us who have been raised in this manner and not just aboriginal people. A myriad of different ethnic groups have suffered the pain and humiliation of being brought up by certain morally bankrupt individuals who seem to get their kicks out of abusing children.
I shouldn't neglect to say that there are some, not many, but some Euro-American parents who have raised their adopted aboriginal children in a stable and loving environment. But for the majority of us, living as a young aboriginal person growing up in an environment with that much hostility and disregard is an all too early lesson in pain and loneliness.
I haven't even begun to speak about the cultural devastation that occurs when an adopted teenage aboriginal person wakes up one day and realizes just how different they are from the world around them. How differently they are regarded at school, in the mall, on the street, and at home. The racial slurs in public, the condescending looks from strangers that sometimes turns into outright violence, depending on the situation.
And what about the aboriginal mothers and fathers who will probably never forget the new baby smell that babies always seem to have, and who will never be able to see them again? Can you imagine the profound longing in their hearts that they feel every day their child is gone?
A lot of us are discarded, lost, and wander into self imposed exile only to be devoured by the system because we have no idea where it is that we belong. We end up being "nowhere people" with absolutely nothing to hang on to; nothing to keep us grounded and safe. We can never go home because the concept of home is lost on us.
So my hat goes off to those of us who have survived the ordeal with our souls intact and still above ground, and my prayers go out to those who haven't.
Many of us are dead. Many of our biological mothers and fathers are dead because the absence of their children forced them to give up, and lose themselves in alcohol or drugs and eventually die from broken hearts.
I have an urgent appeal to the Canadian government, or any government that advocates the adoption of aboriginal children to Euro-American parents. If you insist upon taking our children away from us, or if they have to be removed for their safety or well being, let aboriginal people handle it. Your paternalism is insulting, and to coin a phrase, "it's getting old." Let "us" find a safe environment for them, that is either within or in reasonable proximity of their respective communities, and assist us in doing so.
We are not all 100% healed, but healing takes time, and we've waited 500 years already, I don't see how a month or two of decision and law making by you will matter much.
In the meantime, I hope other adopted adult or teenage aboriginal children of these so called parents are listening and remember that no matter how lost you feel, how lonely it is, or how scared you feel, reach out by any means within your power, because somewhere there might be a man and a woman who look just like you and who are bound to you by blood, who never forgot about you, and are still waiting to meet you and invite you back to a place that is your RIGHT to belong in. Your community, your family, and your home.
Thank you for giving me the opportunity to speak about an issue that is scarcely recognized. It means the world to me. 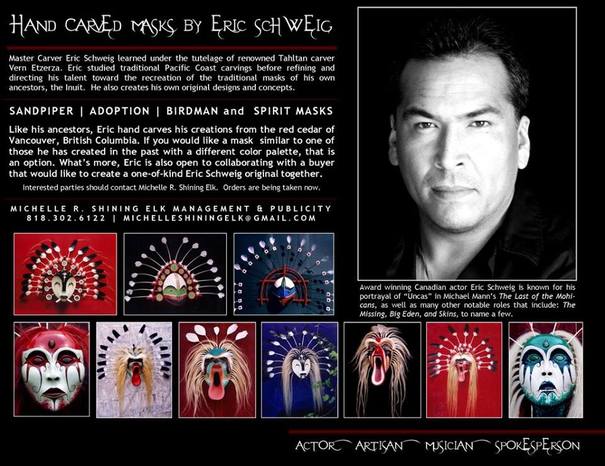