Editor NOTE: This is one of our most popular posts so we are reblogging it.


If you do know where Michael Schwartz is, please leave a comment on this blog. Read this post to the end, as to his life in prison conviction.

(2011) You know everything happens for a reason. I just received the book “Sudden Fury” about an adoptee who killed his adoptive parents in Maryland. I opened to page 378 and saw this …"Early in 1989, Michael began searching for the natural parents and siblings he left behind when he was four. ‘I’d like to know where I’m from. All I know is I’m an Indian from somewhere.’” This book was published in 1989.

Michael’s adopted brother Larry confessed to murdering their parents alone and did not indict his adoptive brother Michael.

This is the news I found…

Annapolis, Maryland - A man whose brutal slaying of his adoptive parents nearly 21 years ago became one of the county's most infamous murders, inspiring a book and a made-for-TV movie, died Wednesday night of an apparent heart attack, his former attorney said.

Larry Swartz, released in 1993 after serving nine years in prison, had moved to Florida, was married and had an 8-year-old child, said his longtime lawyer, Ronald A. Baradel. He was 37.

"It was like losing a son," Baradel said. "He and I had developed pretty much of a fondness. We'd been out of contact for a couple of years, but re-established contact a couple of weeks ago."
To protect the family's privacy, Baradel declined to say where in Florida Mr. Swartz was living.

On the night of Jan. 16, 1984, 17-year-old Larry Schwarz fatally stabbed his father Robert, a computer technician, in a downstairs clubroom. Kay Swartz, a teacher at Broadneck High School, was stabbed and bludgeoned with a splitting maul after being chased through the community. Her nude body was found next to the family's swimming pool.

County police arrested Larry, the oldest of the Swartzes' three adopted children, a week later after determining that his footprints were in the snow near his mother's body and a bloody handprint was his.

The police investigation found that Mr. Swartz suffered from a personality disorder and had suppressed his anger against his parents for years.

Robert and Kay Swartz were devout Catholics, and their household was described as one of strict discipline. Kay Swartz was unable to have children of her own, and her husband, an anti-abortion activist who picketed Planned Parenthood offices, was eager to adopt unwanted children.

Larry's sister Anne was at home during the murders, but his brother Michael had drug and behavior problems that had landed him Crownsville Hospital Center.

In 1990, Michael Swartz helped to murder a man for a jar of quarters. He was convicted of first-degree murder and sentenced to life in prison. (note: this is the adoptee who is Native American or perhaps not)

Larry Swartz finally snapped one night after drinking in his bedroom. He first stabbed his mother, then attacked his father, who tried to stop him. After pleading guilty to second-degree murder, he was sentenced to 12 years in prison. He was released Jan. 23, 1993.

The case inspired a book, "Sudden Fury: A True Story of Adoption and Murder" by reporter Leslie Walker. It became a New York Times best-seller. A 1993 television movie based on the murders, "A Family Torn Apart," starred Neil Patrick Harris of "Doogie Howser, M.D." as Larry Swartz.

Mr. Swartz died without any warning, Baradel said. An autopsy was planned and funeral arrangements weren't available. Baradel said he was always confident that Mr. Swartz could have a normal life if given the chance. He never thought the murders reflected Mr. Swartz's true character.

"It's not the kind of person he was," Baradel said. 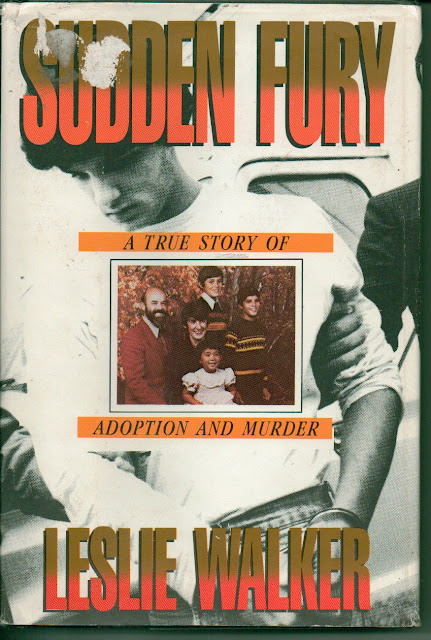 Posted on December 10, 2012 by mylifeofcrime

Lawrence “Larry” Swartz spent about 9 years in prison and was released in 1993. He got married and they had a child. He was doing really well. In December 2004, he had a heart attacked and passed away. From what I have read, the Swartz’ were very strict and sometimes abusive to their adopted children. I believe that for Larry, it got too much and he snapped. I do wish he had resolved it in a better way, but sometimes teenagers do not think before acting, especially when drugs or alcohol is involved (Larry was drinking a lot). I do not blame the victims. Larry made a choice, the wrong choice. But I do believe he snapped and he regretted it afterwards.
Find-A-Grave: Robert Lee Swartz
Find-A-Grave: Kathryn Ann Sullivan Swartz