DHS/Border Patrol is using helicopter rotor wash to try to clear out activists out from an occupied #Line3 pump station north of Park Rapids. More than 24 activists are locked down to equipment inside. @MPRnews pic.twitter.com/ArTN6FAqwC 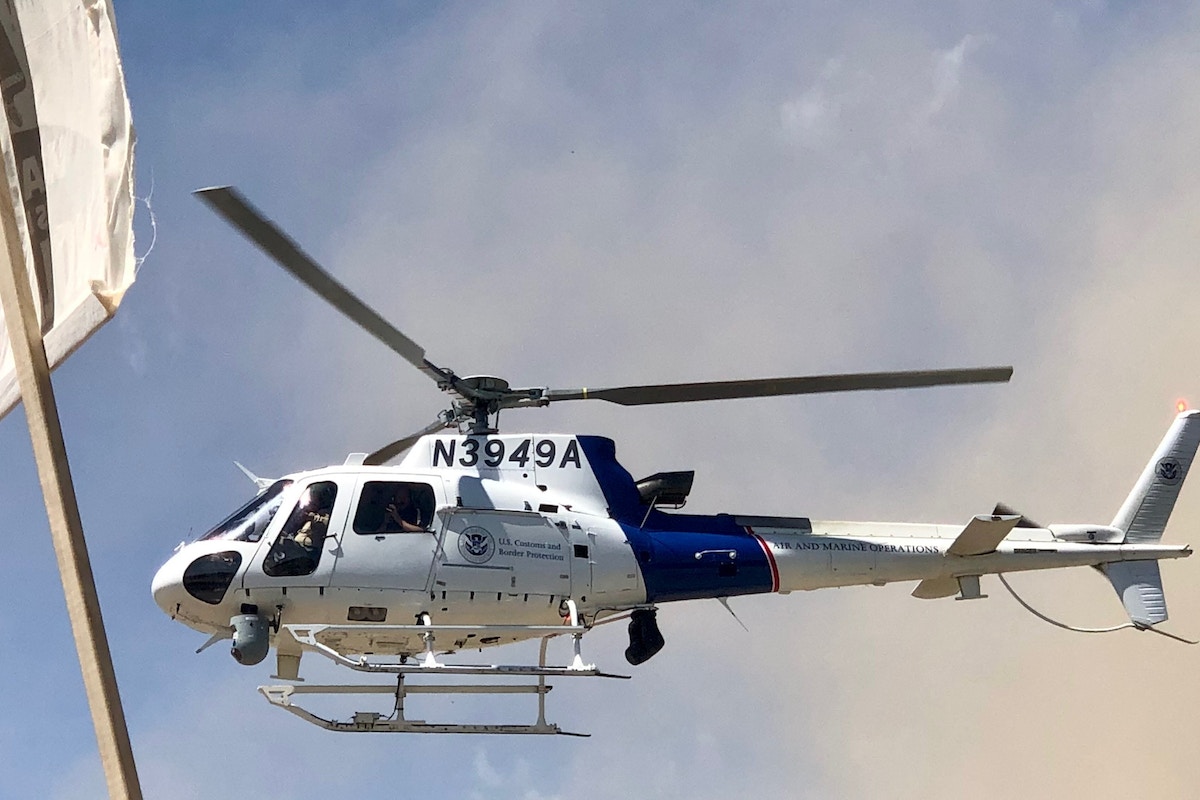 Authorities said the risky low-flying maneuver was used to warn demonstrators to disperse, but the reasoning doesn’t hold up.

The largest civil disobedience yet against new pipeline construction in Minnesota was met by a furious response — and a cloud of debris. A Department of Homeland Security Border Patrol helicopter descended on the protest against the Enbridge Line 3 tar sands pipeline, kicking up dust and showering demonstrators with sand, in an unusual attempt to disperse the crowd.

“I couldn’t see because it got in my eyes,” said Big Wind, a 28-year-old Northern Arapaho organizer with the anti-pipeline Giniw Collective, who was there when the helicopter swooped over the civil disobedience action. “After it pulled up there were a lot of people who were ducking, who were in the fetal position, just because they didn’t know what was going to happen and were trying to protect themselves from the sand.”

The anti-pipeline protests are in response to plans from the Canadian energy firm Enbridge to ramp up construction as a springtime hiatus lifts. Enbridge is preparing to drill under northern Minnesota rivers that are central to the lifeways of local Ojibwe people — and are protected by treaties between tribes and the federal government. Pipeline opponents have for weeks asserted that this weekend’s Treaty People Gathering would draw more than 1,000 people to northern Minnesota to fight the tar sands pipeline.

Here’s the story from @dan_kraker and I about everything that happened at the #Line3 pump station yesterday. Listen for it on Morning Edition too https://t.co/cVNjH1U5E9