Teepees at the Legislative grounds return, with a permit this time

One of the organizers of the Justice For Our Stolen Children camp looks back on the protest during National Indigenous Peoples Day.

North and west of the Saskatchewan, Canada and United Kingdom flags flying at the Saskatchewan Legislative Building on Monday sat two teepees, one flying the Kahnawake Warrior Society flag.

On National Indigenous Peoples Day (NIPD), Prescott Demas was in Wascana Park near two teepees and a musician playing songs on an acoustic guitar to a crowd of spectators.

It was a marked difference from NIPD in 2018, when, three days after being removed by force from the Justice for Our Stolen Children Camp by the Regina Police Service, Demas and his fellow activists returned to the park to continue their protest. 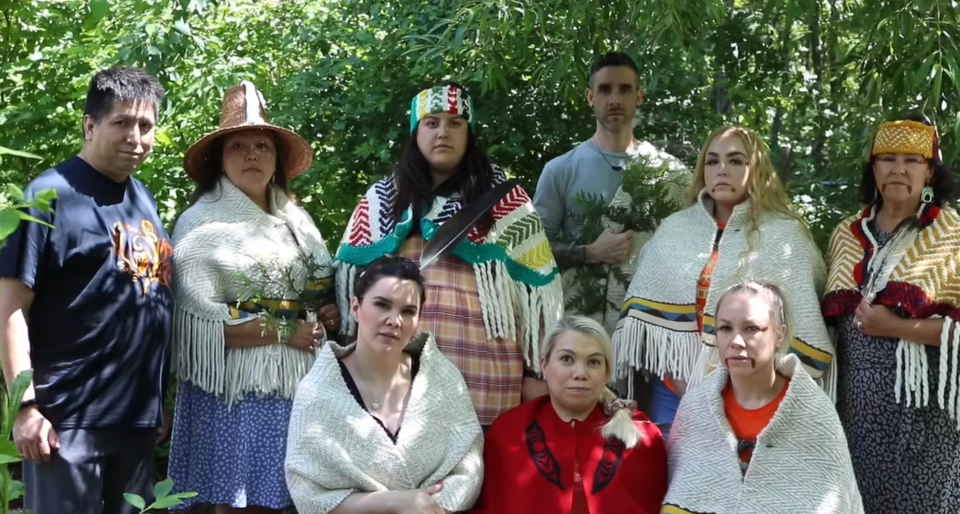 'In their silence, they woke the world': Squamish Nation releases powerful video

“We are the original caretakers.

"We are still here.

“We are the children and grandchildren of stolen lives. And we will not be buried."

The video ends with Squamish Nation Elder Jackie Gonzales saying, “In their silence, they woke the world" and 215+ appearing on the screen.

The short but impactful video was produced by Ayás Mén̓men team leader and filmmaker Calder Cheverie, along with McReynolds and Hailey Jacobs in youth services, with the support of other team members.

There were 139 residential schools in Canada including 28 in B.C. where thousands of Indigenous children were forced to attend, stripped of their culture and language, and subjected to brutal treatment as part of a program to assimilate them into Canadian society, which began in the late 1800s. It wasn't until 1984 that all residential schools in the province were closed down; the last one in Canada didn't close until 1996.

The Truth and Reconciliation Commission says the exact number of children who died "may never be known, but the death rates for many schools, particularly during times of epidemic or disease, were very high." Through its work with survivors and Aboriginal organizations on the Missing Children Project, the TRC has identified more than 4,100 children who died at institutions across Canada so far.