DEATHS: the true figure could be far higher 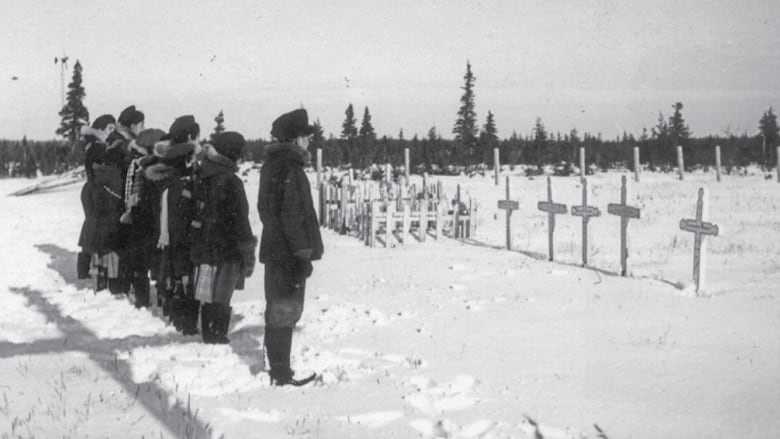 Across the country, more than 150,000 First Nations, Métis and Inuit children were forced to attend the government-run school system between the 1870s and 1997.

The final report by the Truth and Reconciliation Commission in 2015 identified 3,200 children who died as a result of residential schools, including 38 in Quebec. But Indigenous leaders and other experts believe the true figure could be far higher.

In her testimony before the TRC, Marthe Basile-Coocoo recalled the grey day when, as a six-year-old, she first saw the school at Pointe-Bleue.

"The nuns separated us, my brothers, and then my uncles, then I no longer understood," she said. "That was a period of suffering, nights of crying. We all gathered in a corner … and there we cried."

READ: Quebec's residential school system started later than most in Canada — and also has history of abuse | CBC News