The Social Worker in the US and #ICWA Child “protection” is one of the biggest businesses in the country. We spend $12 billion a year on it. Let that sink in a minute.

As many of you already know, Social Work is a career that requires a college degree. They are trained in colleges and universities across the US. These social workers gain control and have power over Indian children in every state. Many of the social workers are overwhelmed by their workload. "Children fall through the cracks (of the child welfare system," is heard often on the news when a child dies or is killed by a foster provider or adoptive parent.


I asked a recent graduate of Westfield University in Massachusetts if she had any ICWA training. She told me no.

Are there no Indians living in this state? I live here. There are two federally recognized tribes to date. There are many Indian people living in urban areas across the country, like in Boston and Springfield.

And if I asked her about Third World conditions on most reservations/concentration camps? Would she know that? Why else would 80% of Indians be living in big cities.

At the ICWA conference in CA, I gave them a quiz. I asked them several questions. I asked if they knew the federally recognized tribe in Rhode Island. Why did I ask that? Because a Narragansett from Rhode Island could be living in California. It's very possible. And would those judges and social workers know that tribe is federally recognized?  If a mother or father told them "I am Narragansett" in their California court room, making their child Narragansett, would that child receive protection from the federal law ICWA if they had no clue about that particular tribe?

We have a real big problem.

The fact that university doesn't require social workers to take courses on American Indians, offering recent or past history or ICWA, then these graduates can't effectively do their jobs when it comes to ICWA.

There are even more state recognized tribes, like the Eastern Pequot and Schaghticoke in Connecticut, for example. If a child was eligible to be enrolled in their tribes, would they be protected by ICWA? Apparently not. ICWA rules say "federally recognized tribes." (see 2016 list in the sidebar of this blog)

It became evident when the Supreme Court made their ruling about Baby Veronica who is Cherokee. It appeared these important Supreme Court Justices knew little to nothing about tribal histories, sovereignty and membership requirements. Of course they used the racism of blood quantum to determine how "Indian" Veronica is... which was stupid and irrelevant.

This hurts us, all of us. Every child who enters the system has a price tag on their head. Especially Indian children. Each month the foster parents collect a check. The more kids they foster, the more money they make. It's an industry. (The same happens in the Mormon church when Native adoptees are labelled "special needs" even when they are not... those Mormon parents get an even bigger check each month.)

The social worker and the judge in the adoption system exist in that $12 billion dollar industry.

Read this about Adoption Bonuses HERE in Massachusetts.

And this quote hit me especially:

"...In this article I explain the financial infrastructure that provides the motivation for DSS to take people’s children – and not give them back." 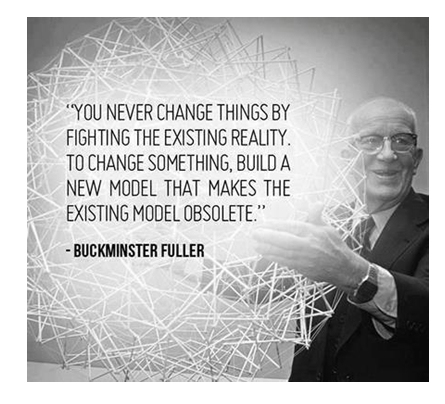 We have to do better for ALL CHILDREN.

Poverty (violence, food scarcity, no job or underpaid, lack of hope) draws new children into the system every day. If we eliminated poverty for all people, their system would no longer be needed and obsolete.

Here is a story about the big gov't bureaucracy in Washington concerning child protection, ICWA and social work. Rafael López who was nominated by President Obama and confirmed by the United States Senate as the Commissioner of the Administration on Children, Youth and Families (ACYF) at the U.S. Department of Health and Human Services.

Rafael López: The child welfare system is a deeply broken system, and it does not yield the dramatically improved results for children and families that we would hope to see. We don’t need to accept or buy into the devastating statistics that have persisted for decades. But we first have to reimagine child welfare as something other than a crisis-oriented system....we propose collecting information on what happens with Native American and Alaskan Indian children, as defined in the Indian Child Welfare Act (ICWA). Without inquiry, many Indian children are not identified, thereby denying children, parents, and Indian tribes procedural and substantive protections under ICWA. READ HERE


The same lawyer who handled Baby V needed a new case and a new child to fill her wallet... Read: The Case of Baby A (AKA Save Lexi)