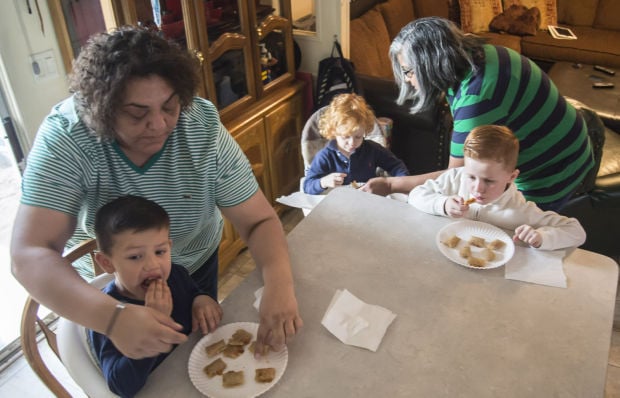 Milissa Mace and Catalina Garcia have been together long enough that they finish each other’s sentences, and they embody the axiom that opposites attract.

As parents to four boys, Mace’s warmth and outgoing nature are complemented by Garcia’s quiet and receptive approach.

When it comes to discipline, “we balance it out, so that way there’s not a good mom and a bad mom. We’re even,” Mace said.

This year, the couple of 20 years received the national Angels in Adoption award for opening their home to more than a dozen foster children from the Pascua Yaqui reservation and the Tucson area,
four of whom they have adopted.

Mace and Garcia, who is a member of the Pascua Yaqui Tribe, said they were humbled and honored by the award. “Being acknowledged makes us really proud of who we are,” Mace said. In September, the couple traveled to Washington, D.C., to receive their award, making tourist stops between meeting with legislators and adoptive families. They were among 127 national recipients of the award, given annually by the nonprofit Congressional Coalition on Adoption Institute in Washington.