Haaland v. Brackeen: The Case that Could Break Native Sovereignty 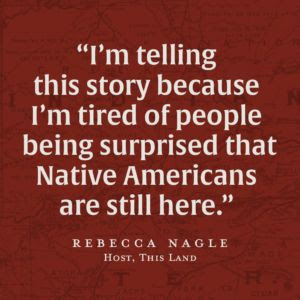 Rebecca Nagle is a journalist based in Tahlequah, Oklahoma. Her podcast, This Land, won the American Mosaic Journalism Prize in 2020.

Every generation of Americans has seen an effort to undermine Indigenous sovereignty. The latest attempt heads to the Supreme Court tomorrow.

In the sprawling federal lawsuit Haaland v. Brackeen, a handful of white foster parents, among other plaintiffs, are asking the Supreme Court to overturn a law called the Indian Child Welfare Act. ICWA was created in 1978 to prevent family separation in Native communities. When the law passed, about a third of Native children had been removed from their families. But in the lawsuit, far more than the future of Native children is at stake.

When a Native child is up for adoption, ICWA prioritizes placing that child first with relatives, then other members of their tribe, and then other Native families. These placement preferences, the non-Native foster parents claim, give them “fourth-tier status.” Their pro bono lawyer Matthew McGill told the Fifth Circuit that this was all because “they are not and cannot be, because of their race, Indian families.” (Notably, in two of the three underlying custody cases, the non-Native foster parents won custody—when blood relatives also wanted to raise the children.) Citing the equal-protection clause of the Fourteenth Amendment, the plaintiffs claim that ICWA violates their constitutional rights by discriminating against them.

What makes the case tricky is that many people in the United States think of Native Americans as a racial group. But that is not how American law works. Under federal law, tribes and tribal citizens are not a racial group, but a political one. Accordingly, ICWA applies only to Native children who either are enrolled in a federally recognized tribe or are eligible based on a given tribe’s citizenship requirements. Just as certain laws apply to me because I am a citizen of the United States or a resident of Oklahoma, certain laws apply to me because I’m a citizen of the Cherokee Nation. Those laws flow from the treaties signed between my sovereign Indigenous nation and the United States, established through the same constitutional process the U.S. uses to sign treaties with Britain or Japan.

A host of federal statutes—including on land rights, water rights, health care, gaming, criminal and civil jurisdiction, and tribal self-governance—treat Native Americans differently based on this political classification. In this light, I fear that the Brackeen lawsuit is the first in a row of dominoes—if the Court strikes down ICWA, everything else could soon go with it.

If ICWA is unconstitutional because it is based on race, then what of the clinic where I get my health care that serves only tribal citizens? If ICWA discriminates against non-Native foster parents, what of gaming regulations that allow tribes to operate casinos where non-Native casino developers can’t? What “racial group” in the United States has their own police forces, courts, elections, governments, and lands, as tribes do? The possible shift is radical. The U.S. has been passing laws that treat tribes and tribal citizens differently from non-Native citizens since the founding of the republic. If that is unconstitutional, the entire legal structure defending the legal rights of Indigenous nations could crumble.