'These documents do not belong in Rome'

WATCH
A Catholic entity that ran residential schools in Canada will soon open its archive in Rome, bringing some hope to survivors searching for records. 1:58

The National Centre for Truth and Reconciliation (NCTR) plans to begin a search as soon as next month in the archives of a Roman Catholic order that ran 48 residential schools in Canada, including the institution in Kamloops, B.C., where last year more than 200 unmarked graves were discovered.

Raymond Frogner, head of archives for the NCTR, will be visiting the Rome archives of the Missionary Oblates of Mary Immaculate to review and digitize residential school-related records.

It's the first time any Canadian researcher has been granted access to the Oblate General Archives.

"It's quite a wild card," Frogner said. "We've been told there's correspondence there and other documentation, but we are still a bit in the dark of what is held there."

He said the NCTR is still negotiating with the Oblates to access the personnel files of priests and residential school staff. He said the Oblates are seeking restrictions around records from those members who are still alive.

Frogner said the long-term goal is to have everything open for research, access and use.

The Oblates have so far provided more than 40,000 files to the NCTR through the Truth and Reconciliation Commission, but the discovery in May 2021 on the grounds of the former Kamloops Indian Residential School led the order to seek this agreement, said Rev. Ken Thorson, leader of the Oblates in Canada.

"The Oblates have been moved by the events of the last year," said Thorson, who is based in Ottawa.

"It was my feeling that we should ensure that every document that might be related to the residential school history should be made available."

'These documents do not belong in Rome'

Thorson acknowledged that the Oblates have a significant contribution to make to ensure the truth of the residential school experience is known and to facilitate a deeper understanding of this history as part of the ongoing healing process.

"This is the most important work that I've been given to do as an Oblate leader," he said.

Thorson said the Oblate archives in Rome, which are separate from the Vatican archives, could contain letters from missionaries to religious leaders about their work. 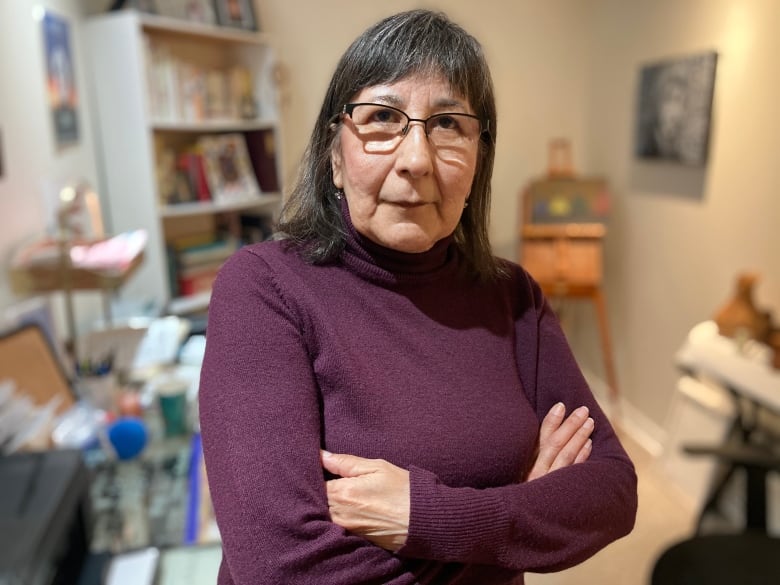 Residential school survivor Evelyn Korkmaz said she is hopeful the agreement between the NCTR and the Oblates will reveal more information about St. Anne's Residential School in Fort Albany, Ont., which the Oblates ran and she attended from 1969 to 1972.

"It's time to open that door of horrors and take a look at what's inside," Korkmaz said.

"These documents do not belong in Rome. They belong here, in Canada."

Korkmaz says she wants to make sure other Catholic entities, including the Vatican, release all residential school records in their possession, adding that there should be no restrictions on the files.

"We need to know information on priests and brothers or nuns who have passed away," Korkmaz said.

"But we also need to know of the priests or nuns or cardinals, whatever, that are still alive today because those ones are the ones that are continuing to do damage."

Frogner said that records still held by the Oblates in Rome are vital to the work of the NCTR, which was created to be the main repository for the documented history of the residential school system in Canada.

Frogner said the NCTR has already identified Oblate records held by its archives in Canada, including more than 1,000 boxes held in Alberta. The centre is working to access those records through a separate research agreement with the Catholic entity.

More than 1,000 other files are located at the Société historique de Saint-Boniface in northern Manitoba, while other documentation is held at the Royal B.C. Museum in Victoria and the Roman Catholic Archdiocese of Vancouver, he said.

Before Frogner goes to Rome, an Indigenous delegation from Canada is heading to the Vatican for meetings with Pope Francis.

The delegates are expected to appeal for an official apology from the Pope for the Church's role in running residential schools and press for the disclosure of more records, which they have discussed with the NCTR.

Korkmaz said she would acknowledge a papal apology, but it wouldn't mean much to her because it would be "hollow words."

"I'm more concerned about the documentation than an apology that he's forced to say," Korkmaz said.

"What would mean more to me is bringing those documents back to Canada."