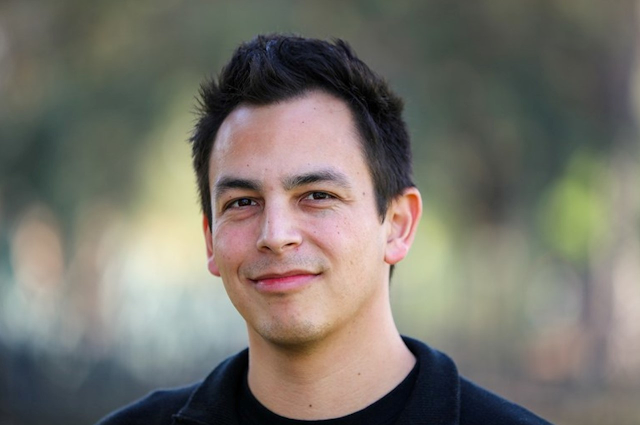 “It’s been a privilege to collaborate with colleagues in devising ways to support Indigenous storytellers at every stage in their career,” said Piron. “I look forward to leading this work with heart, vision and experience.”

“Adam’s unflagging commitment to Indigenous artists and his vision of how best to bring their stories to life, has long been a source of inspiration for the Institute,” said Michelle Satter, Founding Senior Director of the Institute’s Artist Programs.

Piron belongs to the Kiowa and Mohawk Tribes and was raised in Phoenix, Arizona. In addition to the Director, Indigenous Program role, he also serves as a short film programmer for the Sundance Film Festival. Prior, he was the Indigenous Program’s Interim Director, Associate Director, and Program Manager. He is a co-founder of COUSIN, a film collective dedicated to supporting Indigenous artists experimenting with and pushing the boundaries of the moving image. He was previously the film curator at the Los Angeles County Museum of Art (LACMA). He received his BA in Film Production from the University of Southern California's School of Cinematic Arts.

He currently serves on the Editorial Advisory Board of Seen, a journal produced by BlackStar examining the visual culture of communities of color, featuring interviews, reviews and essays about Black, Brown and Indigenous visual culture. He concurrently serves on the Board of Trustees and Programming Committee of the Robert Flaherty Film Seminar as well as on the Indigenous Advisory Board for TIFF. He has also been on advisory panels for Canyon Cinema, the Herb Alpert Award in the Arts, The Jerome Foundation, The Princess Grace Awards and the Rolex Mentor and Protégé Arts Initiative.

As a champion and curator of independent stories for the stage and screen, the Sundance Institute provides and preserves the space for artists in film, theater, film composing, and digital media to create and thrive.

Founded in 1981 by Robert Redford, the Institute's signature Labs, granting, and mentorship programs, dedicated to developing new work, take place throughout the year in the U.S. and internationally. Sundance Co//ab, a digital community platform, brings artists together to learn from each other and Sundance Advisors and connect in a creative space, developing and sharing works in progress. The Sundance Film Festival and other public programs connect audiences and artists to ignite new ideas, discover original voices, and build a community dedicated to independent storytelling. Sundance Institute has supported such projects as Clemency, Never Rarely Sometimes Always, Zola, On the Record, Boys State, The Farewell, Honeyland, One Child Nation, The Souvenir, The Infiltrators, Sorry to Bother You, Won't You Be My Neighbor?, Hereditary, Call Me By Your Name, Get Out, The Big Sick, Mudbound, Fruitvale Station, City So Real, Top of the Lake, Between the World & Me, Wild Goose Dreams and Fun Home. Join Sundance Institute on Facebook, Instagram, Twitter and YouTube.